US Open: 6 Footballers Who Are Actually Really Good at Golf

​The 2019 US Open has thrown up some exciting moments as the world's finest golfers face off for supremacy, but could any professional footballers hold their own in the tournament?

Well, no probably not... but golf (even more than Fortnite) is still the choice hobby of many in the beautiful game and there are plenty who have proven that they know their way around a fairway in the past.

Here are six players who have showcased their golfing skills in the past.

​Real Madrid star ​Gareth Bale is a well-known golf fan (possibly too well-known in the Spanish capital) and can regularly (again, possibly too regularly) be seen relaxing on a number of different courses around the world.

In fact, he is such a huge fan that he has even constructed a number of holes in his own back garden which are perfect replicas of some of the world's most iconic holes!

​Once his playing days come to an end, maybe Bale should consider trying to turn pro...if he can stay fit.

When he's not smashing balls into the back of the net, you'll often find ​Harry Kane flaunting his skills on the golf course.

In an interview with ​The Express, Kane confessed that he probably spends a bit too much time playing golf, although all that practice has actually made him pretty damn good.

He has made a living out of dominating at football, and it appears that those skills have translated over to golf as well. 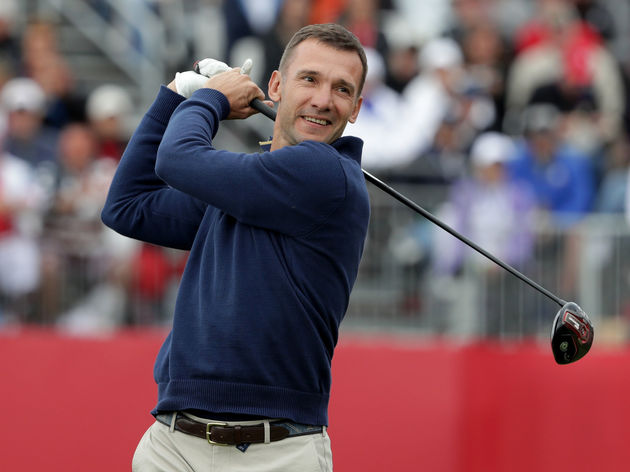 Andriy Shevchenko is such a keen golfer that he even got married on a golf course back in 2004. Yep, really.

The former ​AC Milan star spent many years playing golf for fun, before actually turning pro in 2013, when he competed at the Kharkov Superior Cup in Ukraine.

One of the most popular players in ​Premier League history, Jimmy Bullard won the hearts of many with his crazy attitude and love of fun, before a knee injury brought his career to an abrupt end in 2012.

Bullard then chose to​ try his hand at professional golf, admitting to ​Today's Golfer that it helped him rediscover his passion for life once more.

Again, things haven't been the best for Bullard, but the fact that he even made it to the pros is a just reward for years of hard work.

​By footballer standards, ​Wayne Rooney is a good golfer. However, by pro golf standards, not so much. Just ask Rory McIlroy.

After winning the Arnold Palmer Invitational in 2018, McIlroy ​joked that Rooney is "pretty awful", although he did credit him for helping him perfect his putting routine.

He may be a few steps away from the pro scene, but not everyone can say they are responsible for a professional's success.

​​Everton winger Theo Walcott loves jetting off on a golf holiday, and he has previously played alongside Justin Rose at the 2013