Ratcliffe, who made his vast fortune in chemical engineering, didn't rule out a possible takeover at Chelsea when quizzed by the BBC this week.

“You never say no, but I don’t know where those conversations will finish..”
I asked Britain’s richest man, Sir Jim Ratcliffe, if he wanted to buy Chelsea FC from Roman Abramovich. Certainly didn’t rule it out.. pic.twitter.com/jNkpzsTGdC

"You never say no, but I don't know where those conversations will finish," he said.

66-year-old Ratcliffe is a Manchester United fan, ​even describing himself as 'tortured' in light of his own club's recent turmoil, but rumours of his interest in buying Chelsea are not new and first started gaining media traction around a year ago when initial enquiries were reportedly made.

But ESPN reports that Abramovich, who bought Chelsea in 2003, is not interested in selling. What's more, the broadcaster cites a source to claim that the Russia-born billionaire has 'never spoken to Ratcliffe or any other interested party about selling Chelsea'. 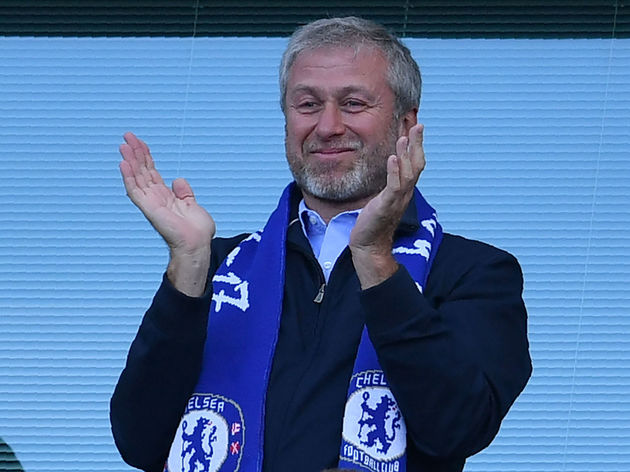 That stance appears to line up with the recent claims of Chelsea chairman Bruce Buck that Abramovich, who left London almost a year ago and withdrew an application to renew his UK visa, before later taking citizenship in Israel, remains fully 'committed' to the club.

"Everything he's doing reaffirms his commitment to Chelsea. We hear from him several times a day and he's talking to us about players, commercial activities and our good causes. So I would say he's committed to Chelsea," Buck explained last month. Abramovich is believed to have invested more than £1bn of his personal wealth in Chelsea over the last 16 years, with the club winning six Premier League titles, five FA Cups, three League Cups, the Champions League and Europa League during that time.