It's the attraction that you can't resist: re-lighting the old flame, getting the band back together, re-opening the closed book.

On Saturday evening Quique Sanchez Flores jumped back into his old Watford slippers, and took down the photographs of the newly-sacked Javi Gracia in the manager's office, who lost his job only four days into the new season. In light of Sanchez Flores' brave/ridiculous return to Vicarage Road, 90min has compiled a list of all the Premier League managers who have returned to former clubs, and we've ranked them from the worst return to the most glorious comeback.

There's an expression in Italian which warns against eating re-heated soup. Clearly these managers have never heard that adage.

Strap yourselves in, folks.

In last place, as the worst return to a club in the history of the world, we have the very lovable Neil Warnock. Warnock suffered two tough spells as ​Crystal Palace boss, with neither proving particularly successful.

The former Sheffield United manager saved the Eagles from relegation during his first season, but the club was in financial ruins and was eventually placed into administration and deducted ten points. The current Cardiff boss left Selhurst Park, claiming he didn't have the stomach for the fight. However, the no-nonsense manager rejoined Palace in 2014, after Tony Pulis' departure at the start of the season. Warnock suffered a miserable second spell at the club, and was sacked before the turn of the year, only to be replaced by Alan Pardew.

Pulis to Warnock to Pardew.

David Pleat arrived at White Hart Lane in 1986, and brought with him an attractive style of attacking football, which guided ​Spurs to a third-place finish in the league and an FA Cup final.

He was considered a very promising manager, but in October 1987 he was fired due to stories published about his private life. Pleat returned as caretaker manager in 2003 following the dismissal of Glen Hoddle, but, seemingly out of his depth in a game that had passed him by, the returning boss was only able to muster a 14th-place finish, and he left at the end of the season.

Not a glorious return.

Kevin Keegan will always be a ​Newcastle legend. There's no doubt about it. The former Ballon d'Or winner arrived on Tyneside with the club in a dire position, struggling in the second tier of English football.

Keegan kept Newcastle up, and then gained promotion to the Premier League, where he came so close to bringing title glory to St James' Park. 'I would love it' etc etc...

Keegan left in 1997, but he was already an icon in the north of England. The former England manager's return in 2008 was probably ill-advised, given what we now know about owner Mike Ashley. Keegan was left frustrated by the lack of investment in the team and resigned after less than a year, claiming the club could never progress under Ashley's ownership.

It seems Keegan may have been on to something after all.

King Kenny. The Scotsman became a ​Liverpool hero during his playing days, and cemented his name in Anfield folklore as manager of the Reds, securing three league titles, two FA Cups and a League Cup during his six years in charge. Dalglish returned to Liverpool in January 2011, and was soon given a three-year contract (which he did not see out).

He did win the League Cup for the Reds but Liverpool ended the season in eighth place, while making some very dodgy signings (including Andy Carroll and Stewart Downing) and Dalglish was shown the door for the up-and-coming Brendan Rodgers.

The striker's legacy remains intact, but his second spell at Liverpool showed that nostalgia only isn't really the best reason to make someone your manager.

​Chelsea love running to a comforting ex who'll tell them they can do better for themselves. Guus Hiddink replaced Luiz Felipe Scolari as interim manager in 2009, and became one of the most adored men in the club's history.

The Dutchman lost only one game during his first spell as Chelsea boss, and won the FA Cup as a parting gift to the fans. Hiddink came back to the Blues during a time of absolute crisis, following Jose Mourinho's sacking after a miserable start to the 2015/16 campaign.

The former ​Real Madrid boss was unable to really change his side's fortunes during his second spell, but at least he steadied the ship. As the Blues finished 10th, he walked away from Stamford Bridge and into the sunset for the final time (possibly).

One of football's nice guys, Hughton took temporary charge of Newcastle in 2008, replacing the aforementioned Keegan. The former ​Brighton manager stood down from his role after a tough start, but was thrown back into the spotlight when new boss Joe Kinnear was struck down with severe health issues.

Hughton was then replaced by Alan Shearer, who couldn't stop the slide, and Newcastle were inevitably relegated. After Shearer left, Hughton continued as caretaker manager, but was appointed as the permanent choice after a strong start to the Championship season. Newcastle lost just four matches that season, and gained promotion back to the promised land.

Hughton was repaid for his great efforts by being the first manager to be sacked during Newcastle's debut season back in the Premier League, much to the shock of just about everybody.

With the amount of clubs Harry Redknapp has managed in his time, it's no surprise he eventually darkened the same door twice.

Redknapp became Portsmouth boss in 2002, and wasted no time in sensationally getting the club promoted to the Premier League the following season. The ex (insert just about any football club here) boss guided Pompey to Premier League survival, before he resigned due to a disagreement with the club's owner. After defecting to Southampton - who has got relegated - Redknapp returned to Pompey in 2005 and oversaw the best period in the club's history, leading the south-coast club to a ninth place finish at the end of his first full season in charge.

Pompey famously won the FA Cup in 2008, while Redknapp was made a bonafide Portsmouth legend. That is until he joined Tottenham at the start of the 2008/09 season, and left the club in financial ruin...

His first spell was his most successful (shock), as he gained promotion to the top flight, achieved a third-place finish and reached an FA Cup final, but he resigned once his side were relegated in 1993.

His second spell began with another promotion success, but he left the club after seven months in the top flight, and Palace were relegated back down to the second division in 1998. 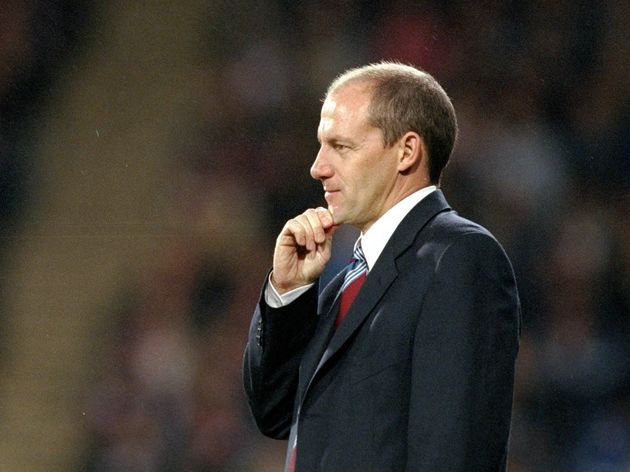 The Eagles legend was once again the hero at Selhurst Park in his third and final stint at the club, taking over a relegation-threatened side and saving them from the drop. He was sacked by Simon Jordan upon his purchasing of the club, but left as a saviour.

“Please don’t call me arrogant, but I’m European champion and I think I’m a special one.”

Ah, the Special One. When he arrived in England for his first spell at Chelsea, the nation fell in love with the charismatic charm and confidence of a man ready to take the Premier League by storm. He didn't do a bad job either.

The Portuguese boss bagged two league titles in his first two seasons in West London, and became an instant hero. Mourinho also won one FA Cup trophy, two League Cups and a Community Shield in his first stint, while setting records all over the shop. Mourinho's second spell was less successful. Admittedly, he won the league title and League Cup in his second season, but his third campaign was an unmitigated disaster, and after losing nine out of 15 Premier League matches, the Special One was gone.

Still, another Premier League trophy to add to the collection.

Tony Pulis joined ​Stoke City midway through their debut season in the Championship, with the club battling against the dreaded drop. Pulis kept the Potters in the second tier, and then stabilised the club ​over the next two seasons.

The Welshman was sacked at the end of the 2004/05 season due to supposedly 'failing to exploit the foreign market'. Whatever that means. Pulis was brought back in 2006 by the returning owner Peter Coates, and two seasons later the Potters were celebrating promotion to the top flight of English football.

The former West Brom boss kept Stoke in the Premier League with relative ease season after season, and even took his side to an FA Cup final, which they lost 1-0 to Manchester City.

From away days at Plymouth to Europa League trips to Valencia, Pulis did a fantastic job.

Baseball caps off to you, Tony.

We have a winner!

Eddie Howe - aka Mr ​Bournemouth. Another of the good guys of football, Eddie Howe has performed miracles at Bournemouth, and completely shaped the club in his darling image.

After starting and ending his playing career with the Cherries, Howe took over as manager in 2008, with the club languishing in the fourth division, bearing a 17-point deduction. He miraculously helped Bournemouth avoid relegation, and then got his boyhood club promoted to League One, despite the limitations of a transfer embargo. Howe left the Cherries in January 2011, but returned in October 2012 after an unsuccessful spell as Burnley boss. The 41-year-old picked right back up from where he left off, gaining promotion to the Championship in his first season back at the club.

In 2015, Bournemouth were promoted to the Premier League, and they have never looked back since that moment, establishing themselves as a stable Premier League side.

From League Two to the Premier League - arise Sir Eddie.