​The Premier League have revealed the seven candidates for the EA Sports Player of the Season award, with Manchester City and Liverpool players dominating the shortlist.

Fans from around the world can have their say on the award, and their votes will be combined with those of a panel of experts to reach the final decision.

It's time to have your say!

The @EASPORTSFIFA #PL Player of the Season nominees are here!

The shortlist was confirmed in a post on the ​Premier League's ​official website, with ​City and ​Liverpool players making up six of the seven nominees.

Beginning with City, ​Sergio Aguero, ​Bernardo Silva and FWA Player of the Year ​Raheem Sterling have all been nominated for the award.

The trio have been vital to the Citizens' push to retain the Premier League title. Aguero and Sterling have both scored goals for fun, while Silva's creativity has been a crucial part of Pep Guardiola's side this season. 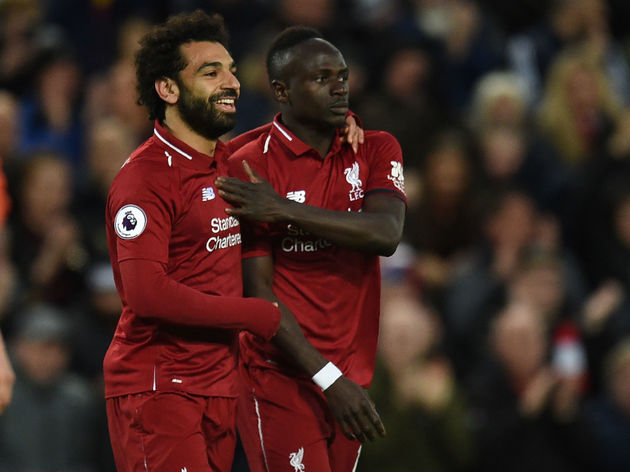 The City squad have been competing against Liverpool all season, and they will have to do so again in the running for the Player of the Season award. ​Sadio Mane, ​Mohamed Salah and Virgil van Dijk are all in with a real shout of winning the award.

Mane and Salah have both struck over 20 goals each this year, while Van Dijk has been just as important in defence. The Reds have conceded just 22 goals this season, and the Dutchman's impact was recognised as he took home the PFA Player of the Year award. The one man on the list who is not from either City or Liverpool is ​Chelsea superstar ​Eden Hazard. Surprisingly snubbed from the PFA Team of the Year, Hazard's contribution to the Blues this season has now been recognised with a nomination for this individual award.

The Belgian has been in stunning form all season, racking up 16 goals and 15 assists. He is just one of four men to have ever managed such a feat, and the first since Thierry Henry did so for ​Arsenal in the 2002/03 season.