Newly promoted Norwich play host to Chelsea at Carrow Road this weekend, no doubt buoyant after their weekend exploits against Newcastle.

The Canaries have started off the season in encouraging fashion, showing plenty of attacking intent despite losing heavily to Liverpool - before a Teemi Pukki hat-trick sealed a convincing 3-1 win in their first home game of the season. Chelsea, meanwhile, are still looking for their first win since the appointment of Frank Lampard as head coach. A 4-0 thumping at the hands of Manchester United was followed by a tame 1-1 draw at home to Leicester, and they now face the tough task of travelling to Daniel Farke's impressive Norwich.

Take a look below for 90min's preview of the game.

Where to Buy Tickets

Tickets for the game are, as ever, available on both team's official club websites, though membership is required in order to purchase. In terms of resale, both teams provide the option to make season tickets available for others to use, if a supporter is unable to attend the game themselves.

Norwich may hand a debut to summer signing Ibrahim Amadoi, while Timm Klose and Christoph Zimmermann could also be integrated back into the side after returning from injury.

Mario Vrancic could be handed a start after being benched last weekend, but Onel Hernandez is a long-term absentee with a knee injury sustained in a freak accident at home. The good news for Chelsea is that defender Antonio Rudiger is on the verge of a return, and may play some part in the weekend's game.

Willian could also start after making an appearance from the bench against Leicester, while Tammy Abraham may be drafted back into the side in place of Olivier Giroud, who performed poorly against the Foxes.

Chelsea and Norwich have taken each other on 54 times, with the Blues unsurprisingly leading the head to head record, with 22 wins to Norwich's 14. The last time they played each other was an FA Cup clash during the 2017/18 season, where Chelsea emerged as victors thanks to some Willy Caballero heroics in a penalty sh

Norwich have been in decent touch of late, winning three of their last five. One of those losses came at the hands of Liverpool​, whilst another was during pre-season, so they can be pretty pleased with their recent efforts.

Their win at Newcastle last weekend will fill the Canaries with confidence, and Teemu Pukki is certainly a man with the bit between his teeth. 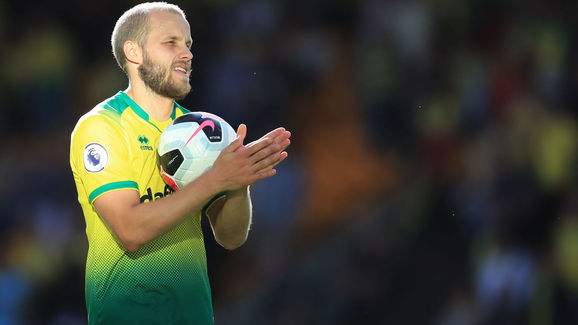 Chelsea are going through a tough period, with no wins in the Premier League yet and just one win in their last five - that coming against Salzburg in pre-season. They will be short of confidence, and desperate to get their first three points of the 2019/20 campaign.

Here's how both sides have performed in their last five games.

Norwich return to the scene of their 3-1 demolition of Newcastle, but this time take on a much tougher side. Led by current Premier League top scorer Pukki, the Canaries will believe that they have a chance of pulling off an upset. On the other side, Frank Lampard will be desperate to relieve some of the early season pressure and get his first three points as Chelsea head coach. However, they will know that they are in for a tough challenge, and will need their forwards - mainly Abraham and Giroud - to click in order to have a chance.