Frank Lampard: Why the Time Is Right for the Chelsea Legend to Take the Reins at Stamford Bridge

​Deep down in our heart of hearts, we would all like to believe in fairy tales. 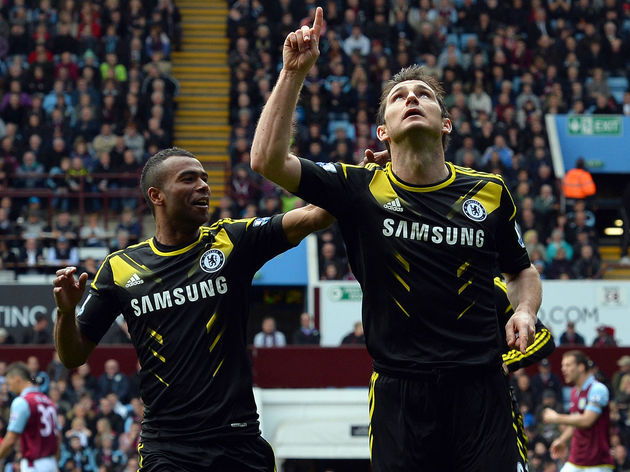 The ​Daily Mail report that the ​Blues may look to bring 'Super Frank' back to Stamford Bridge ahead of schedule, with club officials having already identified the 40-year-old as a future head coach.

Maurizio Sarri's time in west London may be coming to a close after ​Juventus allegedly made approaches for the eccentric Italian. Should he depart, the Europa League finalists must be wise when selecting a replacement and the smart option is Lampard.

To understand why giving the job to a rookie is not as disastrous an idea as it initially seems, we must first revisit Chelsea's recent history. Sarri is the 14th face to appear in the dugout since Roman Abramovich bought the club in 2003, with nine of those being permanent managers.

They are screaming out for a shred of stability and it is the lack of such that makes sustained success a stranger at the Bridge. Of course, there have been some glorious moments following the Russian's revolution, but his team have also endured some humiliating failures. The constant sacking is a disease that has massively hindered the Blues' progress and it has to be cured. The issue lies in how one goes about doing that. A worthwhile approach would be to give the job to someone that unifies supporters and players, perhaps some legendary figure.

Fans would undoubtedly be patient with Lampard, though not merely because he is a folk hero. The Stamford Bridge crowd have long been crying out for some home-grown personnel to be handed a chance in the first-team and the former England international has been doing that all season at ​Derby County.

Fikayo Tomori and Mason Mount are two young men that developed well at Pride Park under his tutelage and both are on loan from Chelsea. In fact, Tomori was voted as the Rams' Player of the Season this campaign; his fledgeling manager has proved he can help to fine-tune raw talents.

That is a rather useful skill for Lampard to have in his locker given the transfer ban FIFA have imposed upon his would-be employers. With no new faces arriving anytime soon, they simply have to promote from within. Fortunately, they have a plethora of maturing footballers ready to step up. Tammy Abraham has had a blockbuster season at ​Aston Villa, netting 26 league goals as they secured promotion back to the ​Premier League. At the other end of the second division, Trevor Chalobah has been a standout performer for a floundering Ipswich Town outfit, whilst we all know the potential Callum Hudson-Odoi possesses.

There are clearly youthful, hungry, highly-capable players available who would make fine additions to the senior side. Their role in upcoming campaigns will be enlarged by that looming transfer ban and the squad needs a competent, confident leader to guide them through what will be a testing period.

Cast your eyes over the impact Zinedine Zidane had during his first spell at ​Real Madrid. He demonstrated that a wealth of managerial experience is not always necessary for success, sometimes it just takes a particular personality to galvanise a team.

Like how the Frenchman was at the Bernabeu, Lampard is respected and adored by Blues supporters. It is more important now than ever for the fan-base to truly believe in their coach as the side embarks on a decidedly

It’s easy to stand next to somebody in victory...I will stand next to this man in hundreds of more victories in the future but there is nobody I’d rather lose with ❤️ pic.twitter.com/15uD8a3A9k

Nevertheless, Lampard's credentials will certainly come into question, purely because he has only coached at ​Championship level during his career. However, he has earned his stripes at Derby, transforming them into an attractive, winning team.

Yes, they lost at the hands of Villa in the playoff final, but that does nothing to detract from an excellent season. This year has shown Lampard can produce both strong results and entertaining play; those two are essential for anyone at the Chelsea helm.

The Stamford Bridge job is a different animal, granted. However, the Londoners could almost seamlessly transition into playing Derby's brand of football (I know how that sounds), such is it's similarity to the notorious 'Sarriball'.

The latter is founded largely upon the same principles as Lampard's philosophy and they look nearly identical on the pitch. As a result, the Chelsea players would likely find it straightforward to learn how the ​Champions League victor prefers his teams to play. That may seem like a minor benefit, but look at the metamorphosis ​Manchester City have undergone since fully grasping the Pep Guardiola method. It is evidently in a side's own interest to adapt quickly to a new style of play.

Now, Chelsea supporters may not be too pleased to hear that 'Sarriball' could be sticking around, but there is no need to worry. Unlike its eponymous creator, Lampard is flexible with his tactics, remaining open to the idea of tweaking things.

The Bridge faithful have been frustrated by Sarri's petulance and stubbornness, his vexing refusal to even slightly adjust his strategy. His aversion to playing academy graduates is equally irritating, though he is not the only one of their managers to deny the youth their chance.

Frank Lampard has arrived for his post-match press conference.

“It’s cruel, but that’s football. It’s a disappointment, but my feeling is pride, more than anything.” pic.twitter.com/uIhf1lix2F

Lampard is guilty of none of those deadly sins, he is clearly an able coach and he is the man to unite club with fan. The time is right for him to return to home.