Newly unveiled Chelsea manager Frank Lampard revealed that Jody Morris, among others, would be joining his backroom staff at Stamford Bridge, and admitted that the club's significant youth talent was a massive part of the job in his first appearance in front of the press.

As quoted by the Sun, in the aftermath of signing a three-year deal with the Blues, Lampard's first port of call was to thank his former club, declaring:  “It's important to address the fact I was fortunate to have a good opportunity at Derby, to the whole club, the fans and the staff. It wasn't an easy decision because we had a good year. 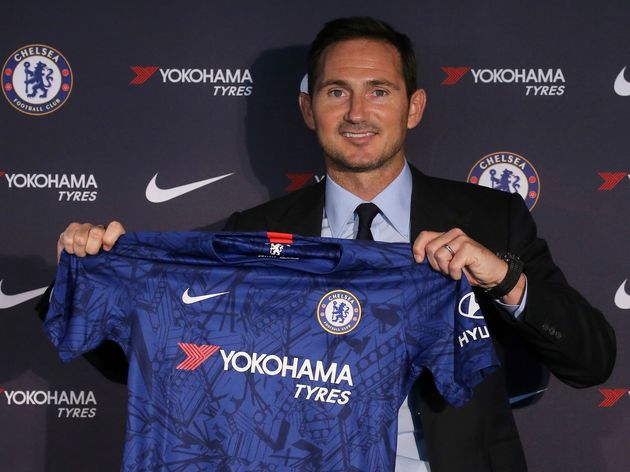 “When I came back with Derby the support I got was surreal. Now I am here, I don't want to dwell on emotions too much, but every manager has a tingle when the fans sing their name. But I am looking forward to the Leicester game.”

And, he later revealed that joining him in this task would be his former assistant at Derby, Morris, as well as former Blues midfielder Eddie Newton, who previously worked a similar role in the regimes of Roberto Di Matteo and Guus Hiddink.

“Jody Morris is coming with me, we have a really close relationship, friendship and likeminded in the way we think about football," Lampard explained. “He is a fantastic coach, we have a huge loyalty together.

Thanks for everything, Gianfranco. 

“Eddie Newton will be working with us in the first team staff. He brings great experience and quality of coaching."

However, he then added: “This is not an old boys club, what I am trying to put together is talent, fresh talent. We have many years of coaching between us.

With his handling of youth, some of them Chelsea loanees, perhaps his most praised attribute at Derby, much of the attention focussed on their upcoming role, and when asked about Eden Hazard's departure, the 41-year-old turned to those very youngsters as salvation.

He explained: “Eden is gone, it's not one to dwell on. We wish him well but now it's important what we do. What we do have is a very strong squad and we have young players at a very young age that have the talent, players who in their own way can be huge players for this club.

“Part of my job will be to develop the great young players we have here.”

“We have known a lot of the players from a very young age. But they have to cross the path and prove themselves good enough. The academy has been doing great work for years here, it would be remiss of me to come here and say I am not going to look at that. “[Mason] Mount and [Fikayo] Tomori come back with a clean slate to prove in pre-season they have a chance in the squad going forward. The same for Tammy Abraham. We have a big squad, so not every one of the young players is going to stay, the development path has to be chosen for some of them.

“But that will be decided over the course of the next month.”

Chelsea also released a statement thanking Zola for his work as an assistant coach last season: