​Chelsea manager Frank Lampard has already shown that he can play the "bad cop" role at Stamford Bridge, according to assistant Jody Morris.

The 41-year-old largely hit the ground running in west London, with Chelsea already sitting five points clear inside the top four as well as being into the knockout stages for the Champions League.

Lampard's been widely praised for his work with young players at Chelsea this season, but his assistant Morris has stressed the former England international isn't afraid to give his players " 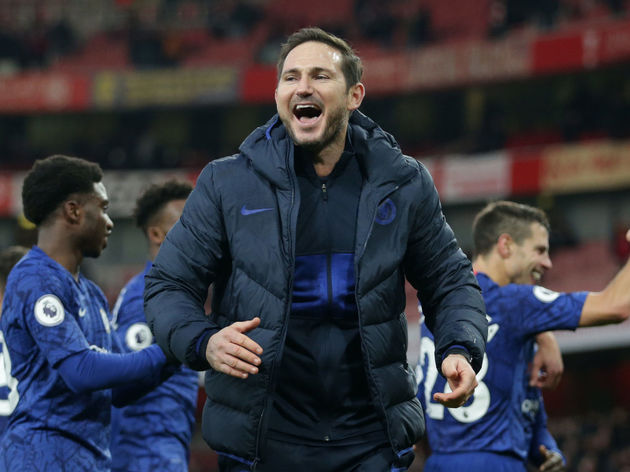 "I think there are elements where things need to be said, and 99 per cent of the time it's him that says it.

"You have to take the players individually at times when you have to weigh up how you would treat them and I certainly know the manager does that.

"We are in a man's game, we're in a big competition week in week out and you do need to come under the umbrella of being a first-team player now and that you have to perform.

"And I think they have been [performing] to be honest."

Chelsea's impressive form this season has been hindered by their results at Stamford Bridge - most recently losing to Bournemouth and Southampton, despite beating both Arsenal and Tottenham away from home.

The Blues do still have a five-point lead inside the top four, but there are six teams who are within touching distance of Chelsea heading into the new year.

Lampard will get a breather from Premier League action when they host Nottingham Forest in the FA Cup, but he'll already have one eye on a brutal run of games of the next six weeks which includes matches against Arsenal, Leicester City, Manchester United, Tottenham and both legs against Bayern Munich.