Frank Lampard is said to be planning his backroom staff at Chelsea, as his appointment as manager at Stamford Bridge edges nearer.

Current boss Maurizio Sarri appears to be on the verge of moving back to Italy to join reigning Serie A champions Juventus, just one year after his arrival in west London - despite winning the Europa League and finishing third in the Premier League.

Lampard is the clear and obvious frontrunner to replace the Italian, having spent the first year of his managerial career with Derby, where he narrowly missed out promotion to the Premier League in the playoff final. 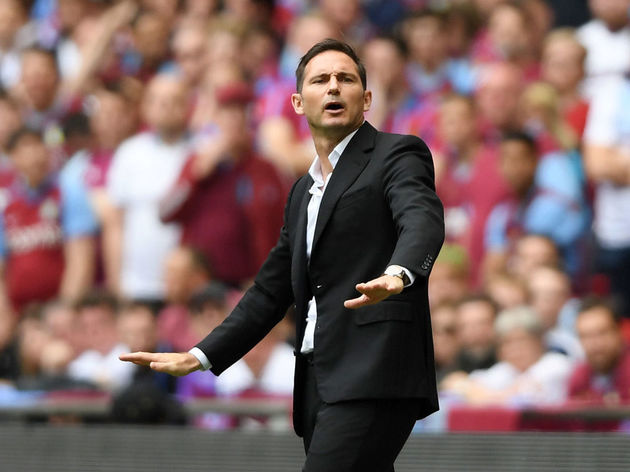 Following on from ​recent reports that claimed ​Chelsea are waiting on ​Derby to confirm Lampard's availability, ​The Sun are now reporting that the deal is set to be complete as Sarri's move to ​Juventus has been put in motion.

The report also details Lampard's plans for his backroom staff, including appointing Jody Morris as assistant manager, Didier Drogba as a striking coach and Shay Given as his goalkeeping coach.

There will be no place for current Aston Villa assistant manager John Terry in the new-look setup and the issue surrounding Gianfranco Zola, who is unwilling to accept a demotion at the club, is yet to be resolved.

Drogba, who met with Lampard in the week, has previously spoken about the prospect of the former midfielder taking over, saying:

“I think it is a very good option for the club.