FIFPro Mens World 11: Predicting the Final XI for The 2019 Award

As a result of the votes of more than 23,000 professional footballers, the 55-player shortlist for the 2019 FIFPro Men's Team of the Year has been named.

As ever, there are a number of inclusions and omissions that have raised eyebrows and led some fans to accuse the voters of being clueless...but let's face it, they know better than us.

The final XI will be announced on September 23rd, with the player in each position who earned the most votes earning themselves a starting spot. With five players fighting it out for every berth, however, the competition is fierce.

For the first time in  years the @premierleague has the most shortlisted players...

It's almost impossible to call, but we're trailblazers at 90min, so we're going to stick our necks out and have a go at predicting who makes the cut.

(These are predictions and not personal preferences, before anyone shouts at me.) Alisson (GK) - The​ Liverpool keeper's command of the area, reading of the game and sharpness off of his line are often overlooked, with judgement of goalkeeping generally starting and ending with reflexes. But even Ederson, his only real rival for the spot, ​has admitted he has been a 'step above' anyone else over the past 12 months. If that's not an indicator as to who the favourite is then I'm not sure what is.

Trent Alexander-Arnold (RB) - A single vote could end up separating Arnold from Bayern's Joshua Kimmich, but the 20-year-old was part of the best defence in Europe and it was his quick thinking that earned the Reds a place in the Champions League final. Both players' assist numbers were exemplary, with 19 for Kimmich and 16 for Arnold, but European heroics may just prove the difference.

Virgil van Dijk (CB) - European champion, UEFA Player of the Year and favourite for the Ballon d'Or over Lionel Messi. There aren't many dead certs but anyone arguing with this one needs to have a word. Aymeric Laporte (CB) - There are a couple of players who could end up partnering Van Dijk at the heart of this hypothetical defence, but it just seems likely it'll be Laporte after a season that saw him consistently hit the lofty heights he had previously shown in flashes. Pep Guardiola is famed for his unpredictable rotation but only Ederson and Kyle Walker made more appearances than Laporte, signifying his importance to the side.

Jordi Alba (LB) - Another straight toss-up, there could be no real complaint if Andy Robertson made the grade here, but you get the feeling the wide spread of pros may have just given Alba the nod after another stellar individual season. He managed superior assist numbers to his Liverpool counterpart, with 17 in all competitions, and although Barca's season ended in disappointment, pinning any percentage of the thin margin of failure on him would be unduly harsh. Bernardo Silva (CM) - Another City star who realised his potential in 2018/19, the younger Silva was one of just five City players to play 50 or more games for Guardiola. 13 goals and 14 assists in a phenomenal club season before helping the Netherlands to Nations League glory, to round off a triumphant campaign with his fifth trophy.

Frenkie de Jong (CM) - Ajax stole the hearts of the viewing public as they ran all the way to the ​Champions League final before a chaotic second leg saw Spurs come back from the dead to reach the final. The 22-year-old showed a composure and midfield presence far beyond his tender years and earned every bit of his Hollywood move to Barcelona.

Eden Hazard (CM) - Look, don't start, alright? I'm not the one who listed him as a midfielder, but as a midfielder he is listed, and he'll almost certainly get himself into the final team in a midfield three despite how amateurish it looks. The Belgian brought his Stamford Bridge career to an end by scoring 21 and assisting 17 in all competitions, lifting the Europa League in his farewell appearance. 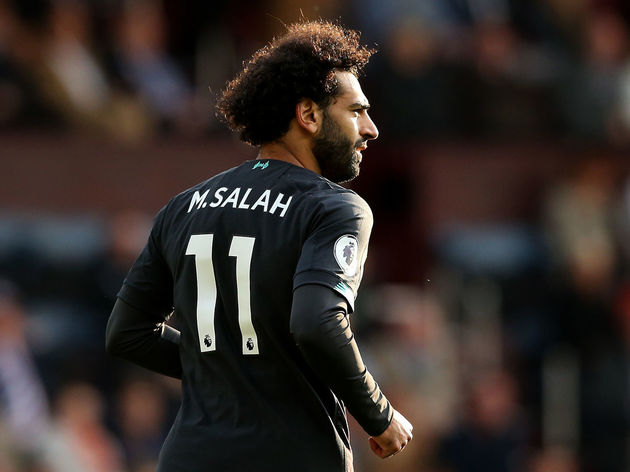 ​Mohamed Salah (RW) - It could just as easily be Sadio Mane but Salah proved he was no one-season wonder as he started every game but three in all competitions. Though it wasn't quite his debut season, 40 goal contributions in 52 appearances are hardly the numbers of a man on the slide.

Lionel Messi (CF) - Put politely, there is not a chance in hell Messi misses out, even despite Barca's relatively underwhelming season. With 51 goals in 50 appearances he was the top scorer in Europe, and his side's Champions League elimination came only after he hit 12 of his their 26 goals in the competition.

Raheem Sterling (LW) - The front three should really pick itself, with Sterling the star of the show in City's stupendous domestic season. It would be a cliché to call it a coming-of-age campaign for the 24-year-old but that assessment isn't exactly miles wide of the mark, as he has grown immeasurably thanks to Guardiola's teachings.