​Cesc Fabregas blasted former club Chelsea prior to their Europa League final victory, pointing the blame at the club's executives for the negativity surrounding the Blues. 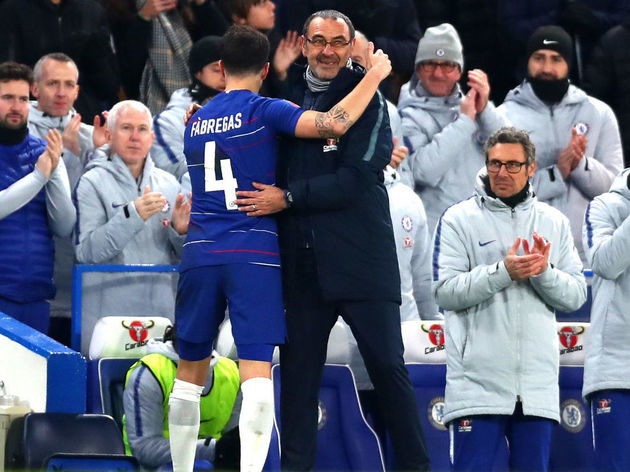 “Someone should come out every now and then and talk to the press and say what’s happening, if not, there are so many questions surrounding the club."

The midfielder known for his classy ways on the pitch didn't hold back when discussing his former team and went on to suggest that all the constant negativity, caused largely by the press, is leaving a lingering black cloud over what has been a pretty successful season down at Stamford Bridge.

"We should be talking about the season they have had, qualifying for the Champions League, and being in two cup finals, something has to change for sure," he added.

Congratulations to this wonderful group of players and human beings for winning the @EuropaLeague. I’m very happy to have been part of this team. Another year, another trophy. ❤️ pic.twitter.com/IvSfCY69jN

Maurizio Sarri was given the task of leading the club back into the Champions League and he succeeded in doing so twice in his first season, finishing third behind the runaway Manchester City and Liverpool. He now also has a Europa League title to add to his CV, as the Italian has managed to achieve all the objectives set by the club last summer.