Willian is a player whose very existence at Chelsea sparks a divisive debate among a fanbase that, let's be honest, is easily divided these days.

The two principal factions seem to be the 'Yer Das' and the still-stubbornly-fighting-Sarristas, and believe me, it can get feisty.

But, ironically, Willian seems to be an anomaly in this dissonance, in that the two sides argue mainly about how much they want to be rid of him. Of course, there are also backers on both sides of the aisle, but these days they seem few and far between, leaving an underappreciated-but-inconsistent Brazilian scapegoat in the middle of a maelstrom of hate. 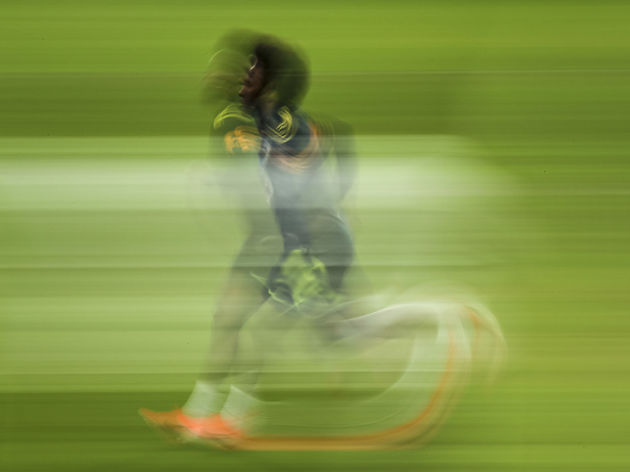 Firstly, let's be clear about one thing: Willian has been a loyal servant of the club in his six years at Stamford Bridge. He has won the club's Player of the Year award once, the Player's Player of the Year twice and Goal of the Season once, all in contribution to two Premier League titles, one FA Cup, one League Cup and one Europa League.

He has notched 52 goals and 53 assists in that time. That's a commendable output.

Now, you could smear that 2015/16 Player of the Year award with 'best-of-a-bad-bunch' insignificance - this was the season where Jose Mourinho completed his best third season meltdown yet and the Blues finished a dispiriting 10th - but you could also say that, in a year where everyone seemed to down tools, ​Willian was the one player who stood firm.

It's not easy to maintain performance levels when everyone else around you is flicking through the 'Havaianas' website, searching for their summer clobber even though it's still December, and his persistence in doing so should be noted. To be perfectly honest, I've never understood the vitriol that he evokes in people.

But that doesn't mean he should stay.

Because, with all that said, winning Player of the Year once is not a reason to keep someone around indefinitely - hell, Eden Hazard broke the club's record with four wins and he's upped and left. Neither is the renovations you may or may not have provoked in the club's trophy cabinet. 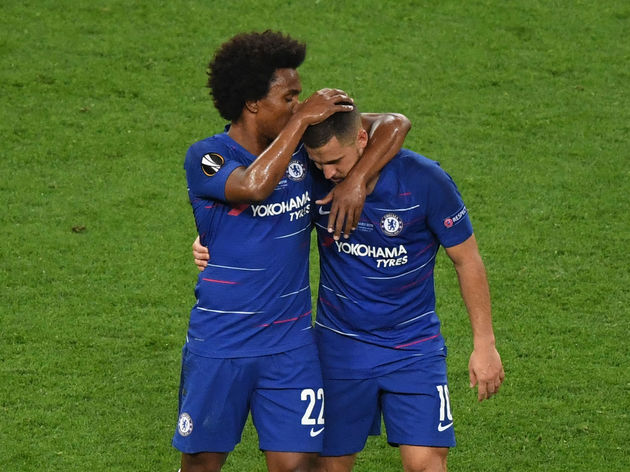 Form, commitment, 'pashun' and promise should be the key identifiers as to whether or not you deserve to stay at a club and, unfortunately, the 30-year-old no longer fits the bill in at least two of those categories (you decide which).

To be fair, nor did he last summer when Barcelona offered £60m, or in January when they offered £55m, but I guess that's by the by at this point.

Don't get me wrong, at his peak, Willian was appointment viewing for Blues fans, with his ability to go from 0-60 with a ball at his feet honestly second to none in my Stamford Bridge lifetime. That one-step explosiveness was his trademark, and he used it to devastating effect... at times.

These times just never came frequently enough, especially when it mattered. I often wonder what would we think of him if those three shots that struck the woodwork in the 2018 last 16 Champions League tie against Barcelona had snuck inside the post. Would those achievements on that stage, presuming they led to a ​Chelsea triumph, transcend all the inconsistencies?

✍️ "It will be tough, as both teams will want to finish top of the group."@JordanNobbs8 spoke to us ahead of #ENG vs #JPN in the #FIFAWWC https://t.co/BXkypjqhpR

The thing is, they didn't, which leaves his signature moments consigned to pseudo-important league and cup wins.

Now, the elephant in the room here, the one that's emphatically blocking the Brazilian's exit door, preventing the club from accepting £35m bids from both Barcelona and Atletico Madrid, is the fact that, going into the 2018/19 season, the Blues appear to have just three fully-fit wingers, one of them being the man in question. The other two are a soon-to-be-32-year-old Pedro Rodriguez and a fresh-off-the-Bundesligan-boat Christian Pulisic. Huh.

So, sure, a wise head (but not too wise to be completely past it) wouldn't be the worst thing in the world, maybe. But neither would £35m for a player who will be 31 come the start of the season and could leave on a free at the end.

Besides, it's not like the club are short of potential stopgaps out wide while the God Callum Hudson-Odoi continues his recovery. I'm sure Mason Mount, Michy Batshuayi and Tammy Abraham would all relish the chance to be chucked out there. Hell, one of them might even succeed. 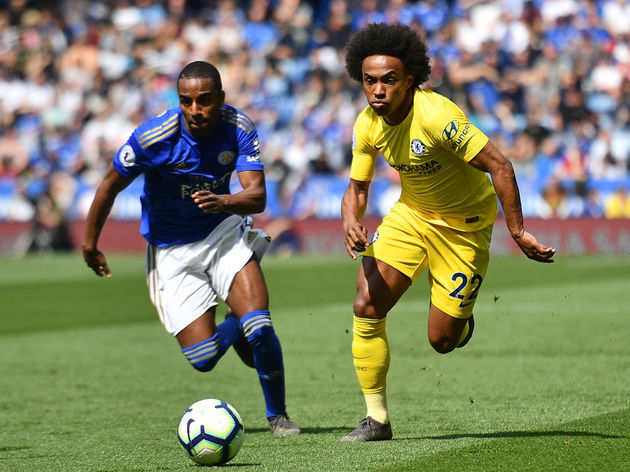 This is all before you consider the formation changes that will come with the likely arrival of Frank Lampard. At Derby, Lampard frequently utilised a 4-3-1-2 formation that, surprise, surprise, had no out and out wingers in sight, with *KLAXON* Mount often used in the right of that midfield three to, you know, provide the width.

The point is, this new generation has to be ushered in. And, yes, at the moment, Willian is a better option on the flanks than any of those mentioned, but will he be so in a year's time? And, if this season is practically a write-off already, isn't now the time (for the first time under Roman Abramovich) for long-term thinking to trump short-term gains?