Chelsea have all but officially signed Kovacic before his loan deal expires on Sunday. They're able to do so because he's already registered as a Chelsea player following last season's Stamford Bridge spell, by the way.

This week the deal was announced to be around the €50m mark.

Real Madrid need to offload players after already spending over £300m and Kovacic was deemed as surplus to requirements. Chelsea should see this as good business. And whilst he split fans opinion’s over the course of the season, lets explore why this may not be a big name signing...but an important one. While we all know ​Chelsea have the transfer ban, if they hadn’t signed ​Kovacic it could have left them in a precarious position going into the new season. With the Champions League on the horizon and a new manager coming in, not having someone who featured 51 times across all competitions would have had an adverse effect on their fortunes.

With ​Danny Drinkwater most likely to be sold and ​Ruben Loftus-Cheek out for the foreseeable future, it doesn’t leave many midfielders to carry the berth of playing in multiple competitions.

Chelsea teams of old had fantastic squads and many believe the squads of the last two seasons and this upcoming one are that of their weakest in the Abramovich era.

Bringing in Kovacic - who has that tenacity and energy in midfield as well as that experience with the national team with 52 caps - is a smart way to bolster the ranks. Still only 25 years old as well, he will be hungry to finally get his career on a consistent path after being a bit part player at Madrid.

He Demonstrated His Ability in the Europa League Final In Chelsea’s 4-1 demolition job of ​Arsenal in the Europa League final in May, Kovacic was signalled out by pretty much every Chelsea fan - as well as pundits alike - for having arguably his best game in a Chelsea shirt. He ran the show in midfield, was fearless in the tackle and was an all-round nuisance to the Arsenal midfield.

In terms of the overall season, he did struggle with consistency. However, in his defence he had just moved to a new league in England, Chelsea had a new manager trying to implement a whole new style and he had a new team to get used to.

One game obviously doesn’t mean that he is going to be a success or that it writes off the inconsistency of the season, of course. But at times, he has shown glimpses of what he can offer this Chelsea team. 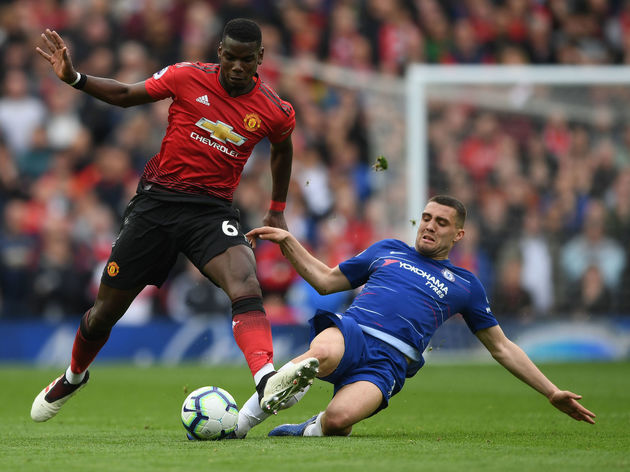 One of his biggest criticisms was that Kovacic had no end product. People were quick to question what he even brought to the team. The biggest issue was his position and what people expected from him.

He has and never will be a goal scoring midfielder. Looking at his stats from his whole career reflects that. In his year at Chelsea he only registered two assists.

When he was switched into a more defensive position - where Jorginho plays in the ‘regista’ role - he looked much more comfortable and effective. His skill set suits that role; he’s very fit, strong in the tackle, calm on the ball and can also dribble extremely well.

Kovacic seems like the perfect player to have in the team in those tough away matches in Europe and the Premier League, someone to break up play and pack the midfield with. As well as that, he can be the like for like Jorginho replacement that Chelsea don’t currently have.