What is it about Chelsea and strikers? Is there something in the water at Stamford Bridge that makes forwards just forget how to play football?

The likes of Fernando Torres, Radamel Falcao, Alvaro Morata and Gonzalo Higuain have all left fans in tears with their poor performances in recent years, and it's almost gotten so bad that it's not even funny anymore. The Blues need someone who can score goals, and there is only one man for the job: Tammy Abraham.

Tammy Abraham has scored his 60th goal in English football across all competitions.

For too long, ​Chelsea have found themselves carrying a striker in attack. We've seen forwards fall over their own feet trying to keep up with play, only to send the ball ballooning over the bar anyway.

Chelsea led the ​Premier League in through balls and were amongst the top-ranked teams in crosses last season, but they struggled to put the ball in the back of the net. They clearly know how to get the ball into the right area, but simply lacked the player to finish the move off.

All they need is a player who can get into good positions and put the ball in the back of the net, and Abraham offers exactly that. His predatory instincts were clear to see in youth football, and he has translated that to senior football with both ​Bristol City and ​Aston Villa. All 26 of his goals for Villa last season came inside the penalty area, proving that he knows where to position himself to score.

Abraham's height and physicality will cause problems for defenders, but his primary role would be to score goals. Leave the creativity to the midfielders, just get in the box and score goals.

The transfer ban may have given Abraham a chance that he otherwise may have struggled to find, but expect him to take it with both hands. 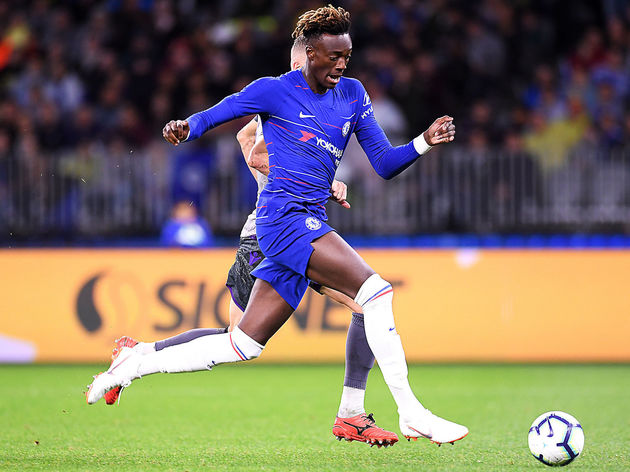 Yes, he has plenty to improve on, such as his passing and aerial ability, but that will come with game time. He needs top-level experience if he is to make it at an elite side, but Chelsea can offer him what he needs, and he can then provide the Blues with the goals they are crying out for.

Plus, fans may not have any hair left to pull out if they are forced to watch another season of ​Higuain or ​Olivier Giroud leading the line. For the safety of everyone involved, just play Abraham.