Goals from Jorginho, Tammy Abraham and Callum Hudson-Odoi helped Chelsea pick up a comfortable win over Sean Dyche's Burnley on Saturday - maintaining their five-point cushion inside the top four.

It was the first time that Chelsea have picked up back to back wins across all competitions since the start of November, while

Here's five of the Blues' best stats from their win over Burnley.

First Time in a Decade 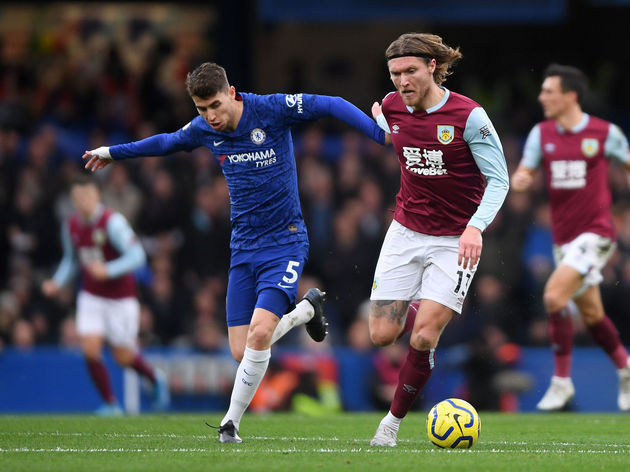 Chelsea's win over Burnley has ensured that the club have won both their league meetings against the Clarets for the first time in a decade.

The Blues picked up a 4-2 win at Turf Moor back in October, where Christian Pulisic scored a perfect hat-trick on matchday 10.

The last time Chelsea secured back-to-back wins over Burnley came during the 2009/10 season, under Carlo Ancelotti. Only against Wigan Athletic (16), Derby Country (14) and Portsmouth (14) have Chelsea registered a longer 100 per cent scoring record against an opponent.