​Ever since leaving Liverpool in January 2018, it's been a bit of a bumpy ride for Philippe Coutinho.

Having been discarded by Barcelona and shipped out to Bayern Munich, the Brazilian could soon be on the move again as Barcelona are thought to be ​keen to sell him as soon as possible to raise money for a new striker. But where would he go?

Here are seven possible contenders for his signature and whether a move to any of them would actually make sense. Links to ​Liverpool will never disappear for Coutinho. The Reds turned him into a star, and life for him has never been as good as it was at Anfield.

However, there's just so much about this move that wouldn't work. Liverpool aren't going to pay a huge fee to sign him, and there's not even a place in the starting lineup for him.

Unless ​Barcelona drop their asking price considerably, and Coutinho decides he's happy sitting on the bench, this just makes no sense. 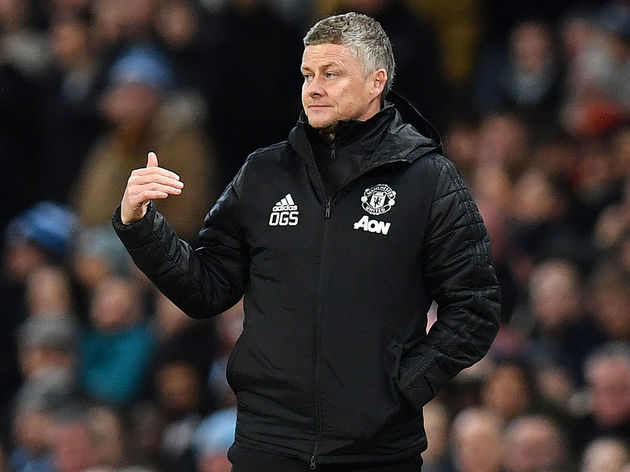 ​Manchester United have lots of money and a huge desire to fire their way back to glory. With those two things will come links to Coutinho.

Ole Gunnar Solskjaer has openly admitted that he wants attacking reinforcements, and Coutinho would certainly be a high-profile addition, but this move just doesn't work either.

United want younger talents who can star for the club for years to come. Coutinho will be 28 next summer, and given the cost of any potential deal, the Red Devils will almost certainly shy away from this one. Here's where things start to get interesting. Before the transfer ban, and even during the early stages of it, ​Chelsea were thought to have identified Coutinho as their dream replacement for ​Eden Hazard.

The Belgian is yet to be replaced, and the money raised from his sale is yet to be spent, so there certainly could be some movement here. However, like United, Chelsea are also riding a youth wave these days, and the one at Stamford Bridge is even bigger than at Old Trafford.

Given he would get in the way of Callum Hudson-Odoi, Christian Pulisic and Mason Mount, a move to Chelsea is probably not a good idea. Another club on the lookout for a creative spark is ​Tottenham Hotspur who, like so many on this list, were heavily linked with Coutinho during the summer.

José Mourinho was the man to sign Coutinho for ​Inter, but the pair never actually worked together as Mourinho was gone by the time the Brazilian was allowed to join. Now, the pair could finally have the chance to link up.

It's incredibly unlikely that Spurs would meet Barcelona's asking price, but maybe it's something they should consider. ​It's not that things have gone wrong in Germany, it's just that Coutinho hasn't looked like he is worth the €120m option to buy which they agreed to in the summer. ​Bayern are rumoured to be interested in signing him, but only for a reduced fee. That's fair enough, really.

He has been a regular part of the starting lineup at the Allianz Arena, bringing both goals and assists to the table often enough. While he hasn't looked like a superstar, he has certainly looked dependable and worthy of a permanent contract.

Coutinho has enjoyed life in Germany and a transfer would definitely make sense, but only for the right price. However, even if they lose Neymar or ​Kylian Mbappé, they would still have a high-profile option who has proven this year that he is not washed up. Financing a move for Coutinho would not be a problem - especially if Barcelona drop their asking price to encourage bids.

Bringing in Coutinho would be another sign of intent from PSG, who are still battling to prove that they are legitimate contenders for Champions League glory. ​Juventus were heavily linked with Coutinho last summer and were thought to have made it down to the final two, before he opted for Bayern instead, and there's a chance they could reignite their interest.

I Bianconeri's biggest weakness this season has been the attacking midfield role, with the likes of Federico Bernardeschi and Aaron Ramsey yet to really impress in such a position. Fortunately for them, that's where Coutinho does his best work.

As one of the few clubs who could afford to sign Coutinho, this one seems to make a lot of sense.