​Despite their significant inconsistency since the end of November, Chelsea are still in a great position to secure Champions League football in Frank Lampard's maiden season at the helm.

The Blues currently sit in fourth, five points ahead of Manchester United in and six in front of Jose Mourinho's depleted Spurs side with 17 games to go in the 2019/20 season.

After starting the 2020s with a disappointing draw away at Brighton, they safely secured their passage into the fourth round of the FA Cup after a 2-0 win at home to Nottingham Forest last Sunday. There's still plenty to do if they are to secure a top-four finish come May, but if you told any Chelsea fan this is the position they'd be in at the start of January, they would've taken it in a heartbeat.

Burnley are next up for Lampard's men, a game in which the Blues' ability to break down inferior opposition will be tested once more - a test they've often failed over the past month or so.

Nevertheless, here's how they could lineup for Saturday's fixture at Stamford Bridge. 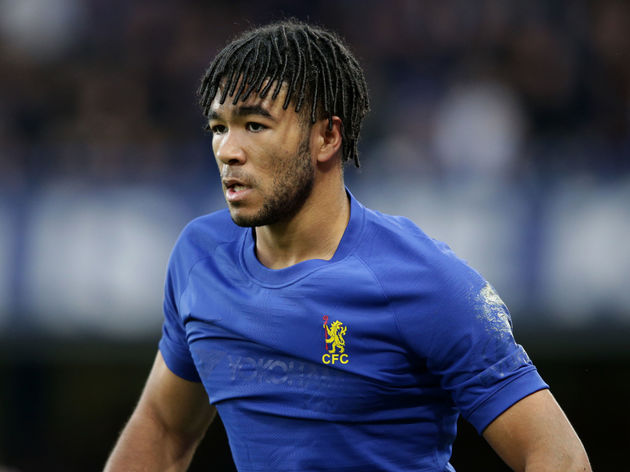 Kepa Arrizabalaga (GK) - The Spaniard has flattered to deceive in his second season at the club, with errors becoming more frequent and his ability in possession being called into question. However, he's still capable of producing some remarkable saves and he's job isn't under significant threat just yet,

Reece James (RB) - It's fair to say that England will be spoilt for choice at right-back for the next decade, with 20-year-old James persistently impressing in a Chelsea shirt. A physical one-v-one defender and possessing a crossing ability that can be likened to Trent Alexander-Arnold's (if you squint a bit), James is heading right for the top and the battle between himself and Dwight McNeil will be an intriguing watch.

Fikayo Tomori (CB) - Despite an impressive campaign with Lampard at Derby last season, very few would've predicted Tomori to take to the Premier League as he has. The England international has all the attributes to become a 'dominant' centre-half - possessing rapid recovery speed, great ability in the air and a coolness in possession. Tomori's physicality will be put to the test against Ashley Barnes and Chris Wood in this one.

Antonio Rudiger (CB) - Although he's yet to find his best form since his return from injury, Rudiger should be trusted over the often erratic Kurt Zouma. The German was the Blues' standout defender while Maurizio Sarri was at the helm and regular game time should help him rediscover his best form.

Cesar Azpilicueta (LB) - While he's nowhere near as consistent as he was in his prime, the 30-year-old is certainly a more reliable option down the left than Emerson and Marcos Alonso - who's struggling for fitness. He's not going to do anything spectacular, he'll just do his job and that's perfectly fine when you have James wreaking havoc down the right. N'Golo Kante (CDM) - It's fair to say the Frenchman has been on the end of some unjust criticism this season. He's never been a refined passer or outstanding in possession overall, but what he brings off the ball to this Chelsea side simply can't be matched by anybody in Europe - and that's why many regard him as the best in his position.

Mateo Kovacic (CDM) - With the likelihood of Burnley sitting on the edge of their own box and lumping it long for their two frontmen and McNeil incredibly strong, there isn't a need to play Jorginho in this one - allowing Lampard to deploy another creative mind elsewhere. Nevertheless Kovacic, Chelsea's Player of the Season up to this point, will complete Chelsea's midfield pivot - a pretty easy decision.

Callum Hudson-Odoi (RM) - It's incredible how critical many were of the 19-year-old's start to the campaign after returning from a long-term Achilles injury - arguably the worst injury you could have for an explosive winger. Nonetheless, the teenager has shown shines over the past month of returning to his best - enjoying a neat little cameo away at Arsenal before scoring his first goal of the season in the cup last time out. This kid is special and you can expect him to enjoy a productive second half of the season.

Mason Mount (CAM) - So here's the extra creator Lampard will have at his disposal if Jorginho is left out. While he shouldn't be described as an out-and-out 'playmaker' like Christian Eriksen or David Silva, Mount can cause different sorts of problems for the Burnley

Willian (LM) - If Chelsea are to unlock a door or two on Saturday afternoon, expect the Brazilian to have something to do with it. A brilliant one-v-one dribbler with a wand of a right-foot, there's no doubt that the 31-year-old will cause Phil Bardsley or Matthew Lowton all sorts of problems down the Blues' left.