​Chelsea striker Olivier Giroud has reached a 'total agreement' to join Inter, with the Italian giants set to pay the Blues an initial

Giroud has struggled for game time this campaign, managing to start just two games in the Premier League. He was the Europa League's top scorer in the 2018/19 season, with the west London side going on to win the competition. Inter have been linked with a move for the striker for weeks, and ​re-entered the race to sign him after a deal for Llorente fell through, while Barcelona were also considering a move.

However, ​Nicolo Schira has now revealed that ​Giroud has reached a 'total agreement' with Inter, with the attacker set to earn

Total agreement between Olivier #Giround and #Inter. He will have a wages of €4M a year + bonuses. Inter are closing with #Chelsea and pay for him €5M + €1,5M of bonuses.  will be done deal. #transfers #CFC https://t.co/5jEH7SqED6

Should Giroud finally complete his long-awaited move to the Nerazzurri, he will become their third signing in January. Former Manchester United player Ashley Young has already joined, while ex-Chelsea player Victor Moses recently made the switch. 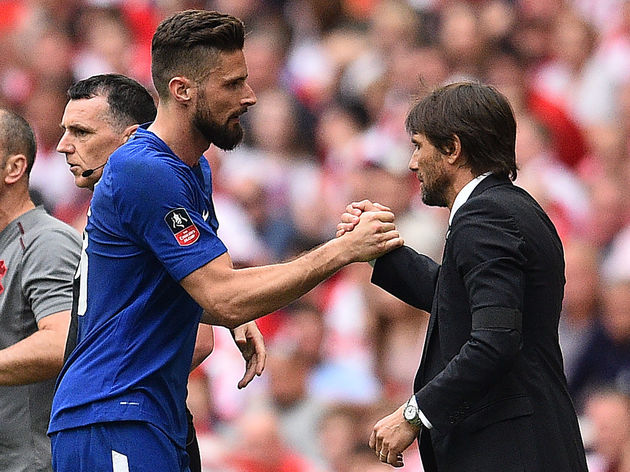 It was recently revealed that the striker had agreed personal terms Inter, but talks between the two clubs were still ongoing. And while it appeared as though the transfer was edging towards competition, the deal was initially thrown into doubt when manager Antonio Conte was understood to be focusing on the loan signing of Napoli forward Fernando Llorente.

But now it appears that Giroud will end up at San Siro after all, reunited with Conte following their time at Stamford Bridge.