​Chelsea striker Olivier Giroud has admitted he would be open to joining a Major League Soccer team after falling down the pecking order at Stamford Bridge.

The appointment of Frank Lampard as Chelsea manager - as well as the transfer ban imposed upon the club - has led to an increased reliance on young talent so far this season.

That includes Tammy Abraham, who has been Chelsea's first choice striker so far this season, scoring four goals in three Premier League starts. 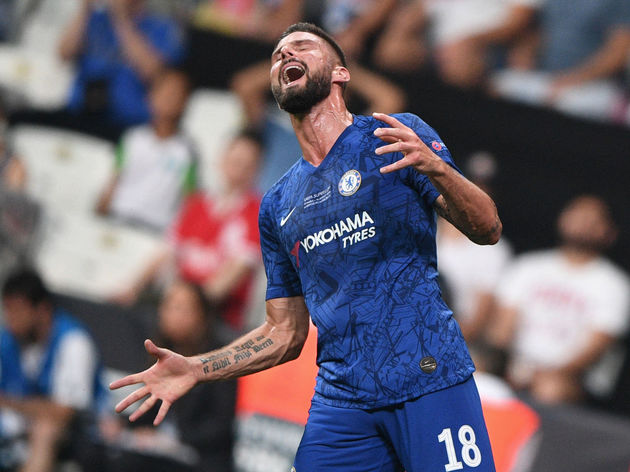 ​Giroud ​Chelsea​RMCsaying: "The MLS for my family, my children who speak English, it's interesting.

Despite this, Giroud insisted leaving Chelsea during the previous transfer was never an option, as he was more than happy to stay put in London after the Blues activated an extension in his current deal.

"There were no discussions because the club had an option year and they lifted it because they were happy with it," he added. "There is really some confidence, after that it was not necessarily my will to leave and I never really asked myself the question of a possible departure."

Despite making one league start so far this season, Giroud is currently on international duty with France for their Euro 2020 qualifying matches against Albania and Andorra.