​Norwich City are the latest side to express an interest in signing Danny Drinkwater, with Chelsea boss Frank Lampard keen on parting ways with the midfielder this summer.

The 29-year-old appeared to fall completely out of favour almost as soon as he joined the club back in 2017, and was restricted to just one appearance last season under Maurizio Sarri - who openly admitted he was not going to play the former Leicester star. ​The Sun state that Lampard feels the same, having evaluated ​Drinkwater during pre-season. He sees no place for the Englishman in his squad, and ​Norwich could look to take advantage of that with a late bid.

The Canaries are preparing for life back in the top flight and are on the lookout for some much-needed ​Premier League experience. Drinkwater certainly fits the bill, given he was a vital part of ​Leicester City's surprise title win in 2016.

​Brighton and Hove Albion have also been ​linked with the midfielder, with the Seagulls eager to secure a season-long loan, although ​Chelsea would prefer to sell and bring an end to Drinkwater's nightmare at Stamford Bridge. 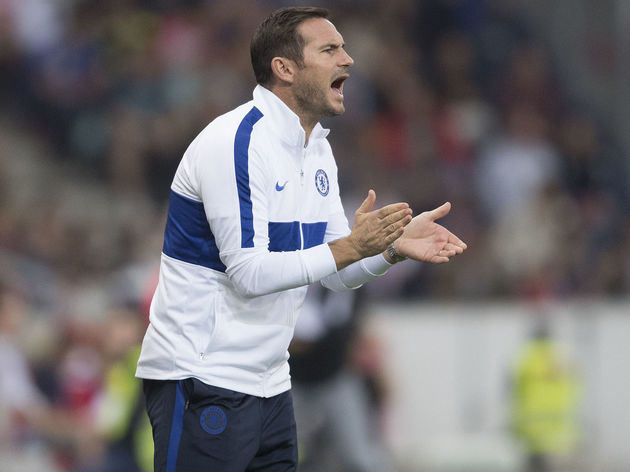 Lampard wants to focus on handing minutes to both ​Ruben Loftus-Cheek and Mason Mount, whilst the likes of ​Ross Barkley, ​N'Golo Kante, Jorginho and ​Mateo Kovacic will all likely feature heavily next season.

As a result, he simply has no place for Drinkwater in his squad, so a move away seems like the best result for everyone involved.

Norwich fear that Brighton could submit a sizeable offer for the midfielder, although their recent signings of Neal Maupay and Adam Webster will certainly have taken up a large part of the Seagulls' transfer budget. That may give Norwich the edge, and Daniel Farke is believed to be ready to make a serious push for Drinkwater to help his side prepare for Premier League football.