Hazard had been linked with Real for months, with gossip now suddenly back in a big way following the unexpected return of Zinedine Zidane to the Bernabeu earlier this week. Chelsea remain in the same situation regarding the player, whose contract is due to expire at the end of next season. Should no new deal be agreed, which appears to be the case, the club would have to consider selling the Belgian this summer to avoid losing him for nothing in 2020.

"You have to ask to Hazard (about Zidane) I think. I don't know at the moment. I didn't speak with Eden about Zidane," Sarri is quoted as saying by Sky Sports.

"I am not worried because you know my opinion. I want only in my team players who want to play for Chelsea, so I can't be worried," the Italian coach added. 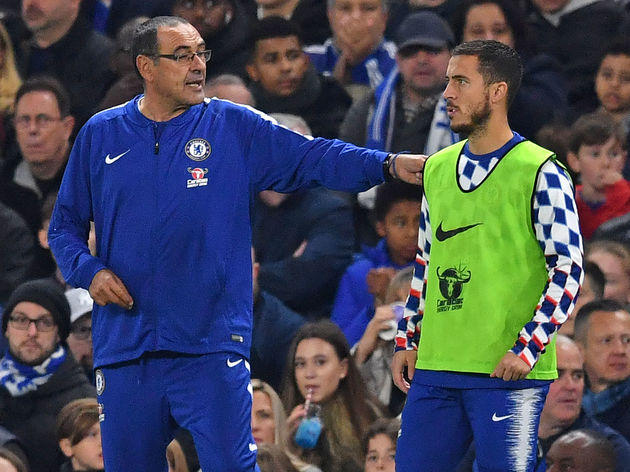 Hazard is known to idolise Zidane and has made little secret of the fact that he is thinking long and hard about leaving Chelsea. But Willian has at least revealed that the Belgian is still a committed professional and Real Madrid is not something he has spoken about to teammates.

"No doubt, he's focused here. He's never said something about Real Madrid or stuff like this. He just wants to continue to play for Chelsea," Willian is quoted as saying by the Daily Mail.