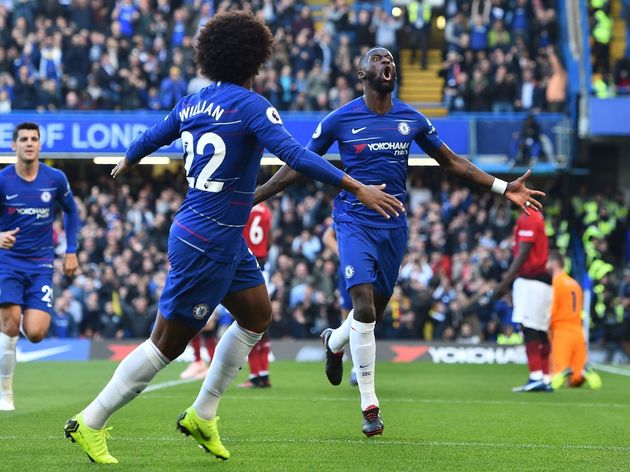 “At this period of the season, one point more or one point less is the same, I want to play every match for three points,” Sarri told reporters after the game, via the ​Express.

Chelsea are unbeaten in their last 65 #PL matches at Stamford Bridge in which they’ve been ahead at half-time (W54 D11)#CHEMUN pic.twitter.com/64okHza2Bo

“After the goal to make it 1-1 we didn't play our football, only the long ball. With this kind of football, United are better than us.

“I am really disappointed with the last 30 minutes. The goal in the last minute is OK for the confidence of the players. Now I've seen the match on the bench, now I want to study the second part of the match.

“I have spoken about my team, of course, we played our football very well for 60 minutes,” he added.

“At 1-1 we stopped with our football and played other football. I don't want the long ball and to go to the second ball. I want to play with short passes."

With six wins and three draws on the board, Chelsea's next challenge to maintain their unbeaten start to the ​Premier League season comes against ​Burnley next Sunday.