Chelsea midfielder Mason Mount has admitted that winning trophies and topping the Premier League table are the lofty ambitions being targeted by the players.

The Blues have been sensational under the guidance of legendary midfielder Frank Lampard, who was appointed as head coach in the summer, overcoming a slow start to the season to lie third in the Premier League after 11 games. 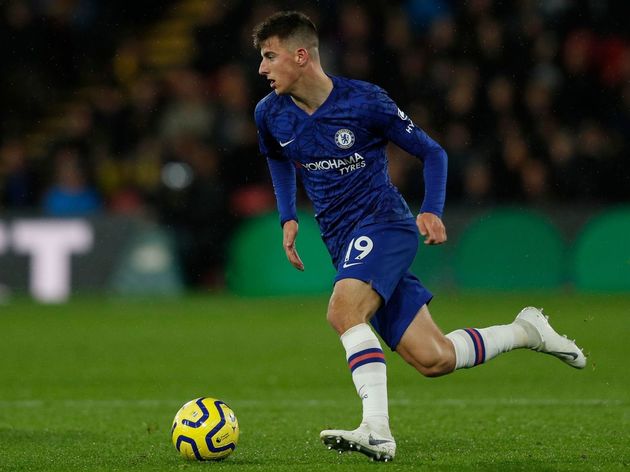 Lampard's side have already equalled a 30-year club record of winning seven successive games away from home, but Mount, speaking in the build-up to Chelsea's home Champions League tie with Ajax, via the ​Telegraph, claims that the players are looking to bigger and better things.

“We want to win trophies. We want to be top of the League. We just need to keep working hard and when that time [the club can make new signings] comes around, then we’ll be ready for that.”

The 20-year-old was then questioned whether or not he feared the lifting of the club's transfer ban would have a negative impact on competition for places, but Mount was adamant that little will change if CAS (Court of Arbitration for Sport) do overturn the sanction - insisting that the players have always thrived on battling for their place.

“We’ve had to deal with that [competition] during our whole time in the academy,” Mount added.

“You come into a team and there’s players from different countries and you’ve got to work and show how good you are. “Whatever happens, happens. We’ve shown what we can do with a ban and we’re doing well. Young players coming through have got to keep working hard and looking at what we’ve done so far. They can definitely do what we’ve done.”

Mount has been one of the main beneficiaries of Lampard's appointment as head coach, becoming a prominent figure in the side alongside fellow youngsters Fikayo Tomori and Tammy Abraham after all three enjoyed superb seasons out on loan in the Championship last year.