​Chelsea have discussed a number of different options as they contemplate replacing goalkeeper Kepa Arrizabalaga, the latest of which is Manchester United youngster Dean Henderson, who has excelled on loan at Sheffield United.

Current first-choice Kepa has endured a torrid run of form this season and has cost the Blues on a number of occasions. 16% of the shots which Chelsea have faced have resulted in goals, and no other Premier League team has conceded at a higher rate since the stat was first tracked in 2003. 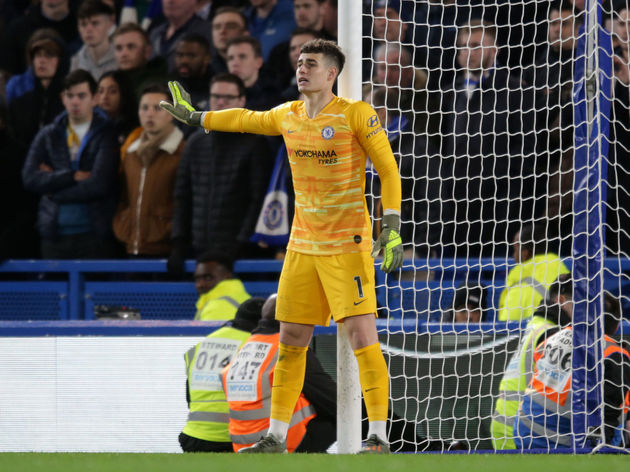 ​Links to Burnley goalkeeper Nick Pope emerged recently, and ​The Times have since confirmed that Pope's name has come up in initial discussions as ​Chelsea look to bring in a more reliable shot stopper.

The report adds that Henderson has also been mentioned as a potential replacement for Arrizabalaga. The 22-year-old has been in fine form out on loan with ​Sheffield United, and Chelsea have seemingly been impressed.

However, it certainly seems unlikely that ​United would offload such an exciting youngster to a rival like Chelsea. A source confirmed to 90min earlier in January that Frank Lampard's ​search for a winger has been put on hold while they look for a new goalkeeper, as that position has suddenly emerged as one of the weakest in the squad.

Arrizabalaga, who became the world's most expensive goalkeeper as a result of his £71.6m move to Stamford Bridge in 2018, has failed to live up to expectations so far.

The Spaniard has shown glimpses of his potential, but the excitement appears to have evaporated this season. While Chelsea's defensive line is not exempt from criticism, Arrizabalaga has proven to be a real weak link in the Blues' side, and the fact that no ​Premier League side has ever officially conceded goals at a higher rate speaks volumes of their struggles.

Backup goalkeeper Willy Caballero could soon find himself in the starting lineup as a result of Arrizabalaga's frailties, but Chelsea fans will certainly want a more high-profile name in between the sticks in the near future.