How Jorginho & Mateo Kovacic Have Proved Their Doubters Wrong This Season

Fikayo Tomori's a monster, Mason Mount's a genius, Christian Pulisic's 'Captain America' and Tammy Abraham is a Didier Drogba re-gen - we get it.

But in and amongst ​Chelsea's flying start to the season under Frank Lampard is a duo, a duo widely criticised in their debut seasons at Stamford Bridge, but also a pair that have slipped under the radar when talking about the Blues' early success under their new manager.

That's right, it's time for the limelight to shine on Jorginho and Mateo Kovacic, for once.

The pair arrived in west London in the summer of 2018, with Maurizio Sarri bringing Jorginho with him from Napoli Playing as the 'regista' - a deep-lying playmaker who dictates everything, pretty much - in Sarri's 4-3-3, Jorginho enjoyed a fine start to his Chelsea career. However, as teams started to suffocate the Italian high up the pitch, his effectiveness as a 'tempo-setter' dwindled and despite being the king of 'robbed assists' (apparently), Jorginho simply became known as the fella that took N'Golo Kanté's position. Chelsea fans' chants of 'f**k Sarri-ball' towards the end of the campaign were as much of a dig towards him than they were to his Dad... sorry, Sarri. 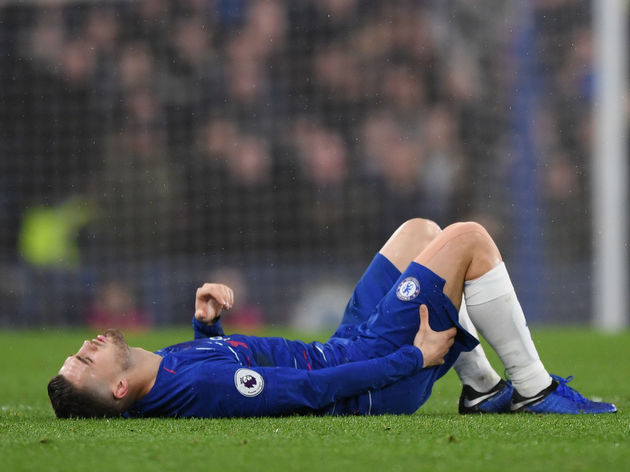 Well, many saw the ex-Real Madrid

Fast-forward a few months and now we are here, hi. Frank Lampard's Chelsea are on the rise, only recently having a seven-game win streak snapped by Man United in the Carabao Cup. Their surge in form post-August/ early September has seen the Blues move into fourth spot in the Premier League, while back-to-back away wins in the Champions League

So, while much of the credit goes to the youth and Lamps' overall trust in it, the performances of last season's forgotten men in the centre of the park can't be overlooked.

Early on in the season, it was clear to see that the Chelsea faithful were warming to Jorginho. Their distaste at his conservative nature under Sarri has turned into adoration for the Italian playmaker. The difference in his statistics this season compared to last are not as stark as the change in his reputation, but they do hint at the more dynamic and direct style of football Chelsea have played under Lampard this season.

The 27-year-old has attempted more long passes (4.1 from 2.8), makes more key passes (1 from 0.8), dribbles more (0.6 from 0.4) and has more shots (0.6 from 0.5), all per game. And the fact that his pass success percentage has gone down (87.6% from 89.3%), highlights the more audacious style of football the Blues are playing under Lampard, rather than the repetitive circuits and patterns that we saw with Maurizio.

With Kanté missing most of the season thus far, Jorginho's defensive ability - that was certainly questioned last season - has been put to the test early on. But through ten games, Jorginho Jorginho has certainly seen his reputation take a different trajectory this season, and he's enjoyed sharing the midfield with another player who has seen his credibility sky-rocket among the Chelsea faithful.

During those outings, Kovacic displayed his elite dribbling ability - one that can be likened to Eden Hazard Ok, his production in the final third may still be poor and is what's keeping him from reaching the next level, but the job he's done this season, filling the void left by Kanté,

So, next time you're watching Chelsea