​Chelsea manager Frank Lampard has called on Michy Batshuayi to take his chance as the club's first-choice striker over the next few weeks, stressing the Belgium international needs to find some consistency with his performances.

Batshuayi has been blowing hot and cold throughout his career at Stamford Bridge, but this season the 26-year-old has scored just five goals across all competitions.

Tammy Abraham's recent injury has ensured Batshuayi will feature regularly for Chelsea in the short-term at least, and Lampard has sent a clear message to the Belgian not to waste this chance as his first-choice striker. "But yes, this is a chance for him and clearly he certainly has got to take that chance in terms of his all-round game and goals and his overall performance. There have been times this season where he has come on and he has made a difference, and that needs to be consistent.

"To be fair to Michy his approach and work ethic, I cannot complain about it at all in training.

"I'm sure he will say he hasn’t had that many opportunities that would be normal for a player that’s played as much as him this season.

"But the reality of it is when you get those opportunities, whether it’s ten minutes coming on to try and affect a game or starts in whatever game they are, you need to try and absolutely make an impact.

"At times he’s made an impact. At other times not so much. The brutal reality is I suppose Tammy’s had a really good season and his moments have probably not been as much as he would want. But he does have to try and make the impact in every little moment and chance he gets." 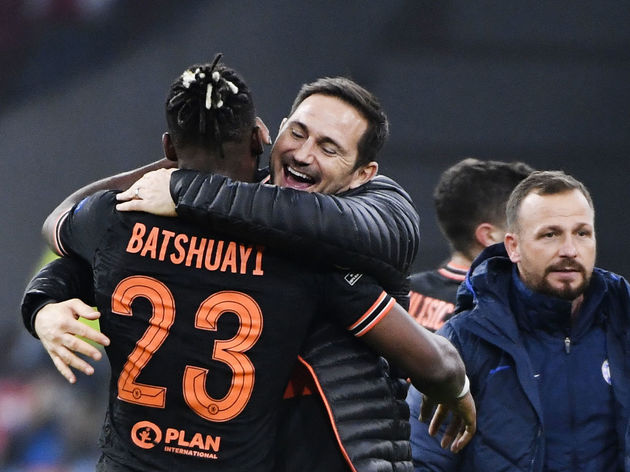 against Arsenal in midweek, but James could return to Chelsea's matchday squad when they travel to face Leicester City next weekend.