In his first press conference as Chelsea manager, Frank Lampard revealed his expectations going into the next season amid the club's transfer ban, and singled out N'Golo Kante as a player he is particularly looking forward to working with.

Plenty of the talk surrounding Lampard's instalment has naturally centred around his lack of experience and, as quoted by the Sun, the returning Blue admitted: “I thought about my experience a lot, I know it is an obvious question.

"One year in management and the Chelsea job comes round, and football is littered with stories of managers who have done well and others who have not. 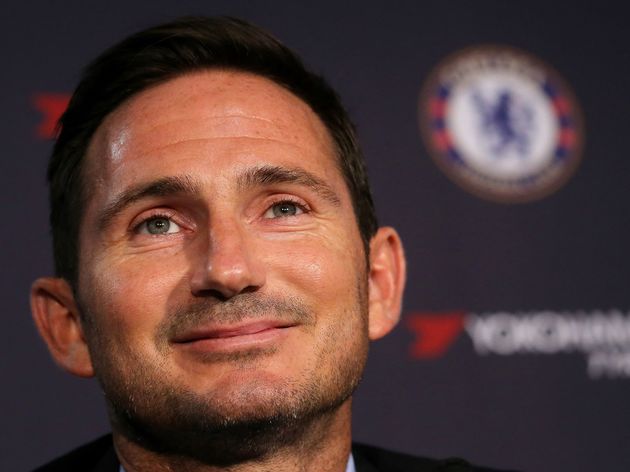 “Whether I have one year or ten years, I have to prove I can deliver. I love this club and want to do the best for this club.”

Of course, Lampard's arrival has coincided with a newfound period of uncertainty at the Bridge, with the departure of Eden Hazard occurring in the midst of a likely transfer ban.

And, though some commentators have cited such problems as beneficial for Lampard's prospects for a long(er) life in west London, the man himself was quick to reveal his desire to maintain a certain set of standards, explaining: “I played here for many years, I know there are standards. Probably there is a base line of being competitive, and to stay competitive in the Premier League is a big ask.

“The expectation is to stay that way. We know there are variables, Man City and Liverpool pulled away and we are under a transfer ban.

“But my instinct is to make sure we stay competitive and challenge. We have to start with an intention to win and if I didn't say that I don't think we should be here."

However, he would not be drawn into laying down a precise league target, insisting: “I am not going to start suggesting league position."

But there is still optimism to be found, especially with their return to the top tier of European competition, and asked about the Champions League, Lampard affirmed: “Yes we do, yes we do for sure have a squad capable of competing for the Champions League. We have a very strong squad, who managed to come third in the league and win the Europa League.

“My job is now to push on with this group of players and make them successful. If I wanted to go away and protect my name I could have done that. I don't see it as a risk, I am ready to stand up and accept the challenge." With pre-season set to begin on Friday, the midfielder was asked further about the current squad, and particularly whether he had a role in mind for World Cup-winning Frenchman N'Golo Kante, whose placing further forward was a lynchpin of much of the criticism his predecessor was subjected to.

And, in response to this, the 41-year-old laughingly declared: "Yes I do, thankfully! Kante is one of the greatest midfield players in the world, one of the pleasures is I am able to work with players of his quality and my job is to get the best out of him in the team.”