​Chelsea manager Frank Lampard has lamented his side's lack of ruthlessness in the final third after the Blues disappointingly drew with Brighton at the Amex Stadium.

Speaking to the ​club's official website Frank Lampard insisted that, while Jahanbakhsh's goal was 'incredible', Chelsea should have been out of sight prior to the equaliser having squandered close to a million clear cut chances during the game: 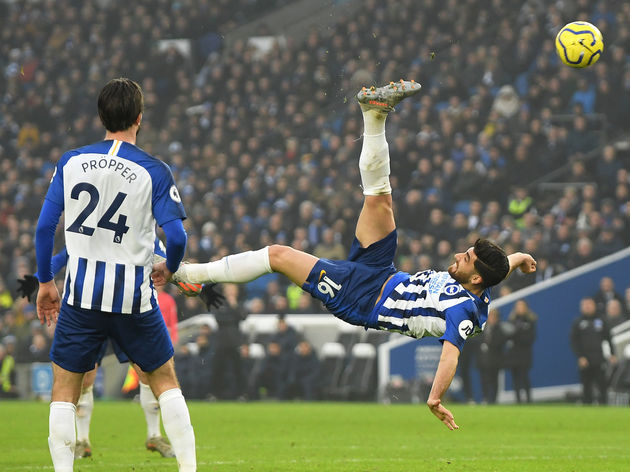 "It was an incredible equaliser but it is two points dropped for us because in the first half, if we’re ruthless then ​the game is out of sight.

"That’s not to say we had multiple chances but we had control, we had opportunities to play people in that could score and to make decisions around the box to score.

"We had to keep switching the ball, keep doing what we did in the first 20 minutes, but we came off that slightly and allowed them to feel they were still in the game. They’re a good team so when they started to play a bit later in the game then they can cause you problems.

It's been a Christmas period of topsy-turvy performances from ​Lampard's men, who beat both Tottenham and Arsenal but also suffered damaging defeats to Southampton and Bournemouth. Speaking on this Lampard stated:

"This Christmas period has probably been a small showing of our season so far. Tottenham was a fantastic all-round performance, Arsenal showed great spirit and fight for a young group, Southampton we struggled to break a team down and lost the game at home and then today was a game where we should have the mindset to kill it because the opportunity was there in the first half. "It shows the good and the bad of us so we must remain humble and we must work hard. We’ve had two great results over Christmas but there’s a lot of work to do."