​Chelsea manager Frank Lampard has admitted that winger Christian Pulisic could feature more as a central striker in the future.

With first-choice forward Tammy Abraham injured for the 1-0 loss to West Ham United, Olivier Giroud started the game. However, the Frenchman was subbed off in the second half, with Pulisic moving to striker instead of Michy Batshuayi. Speaking after the game (via ​Goal), Lampard confessed that he believes Pulisic has all the characteristics to play as a striker, although he stopped short of confirming that it would be a permanent change.

"We'll see,” Lampard said. “He's got an ability to run behind the line and to be sharp in central areas, which will naturally get him more goals but I'm not going to say right now that's the solution. We'll see going forward.”

The 21-year-old has managed six goals and six assists in his first 17 appearances for ​Chelsea, proving that he does indeed have the eye for goal which Lampard is looking for.

He has played in a central attacking midfield role on occasion in the past, but rarely has been deployed as an out-and-out striker like he was against ​West Ham. However, Lampard clearly feels as though it could be an option.

Pulisic did seem to struggle in attack for Chelsea, who strangely decided to fire in cross after cross towards the American, despite not really doing so when ​Giroud was on the pitch.

The unsettled Frenchman was certainly off his game for Chelsea, but Lampard insisted that it had nothing to do with his lack of match fitness. 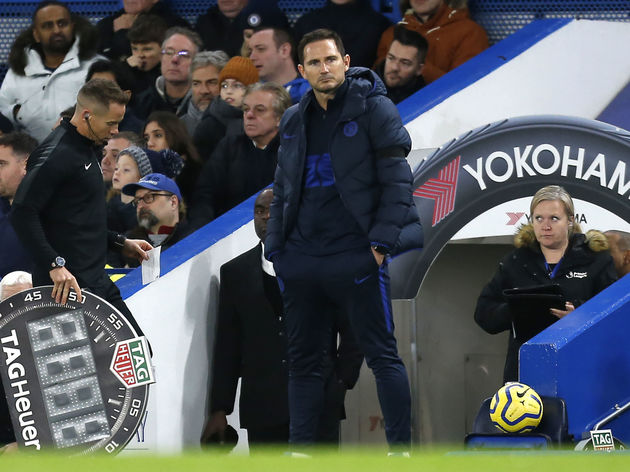 "It was a difficult game for him," Lampard added. "He didn't get enough of the ball and then the couple of chances he had didn't go in for him. I

"We train hard. Some players, with the nature of how squads are in the modern game, we have to train hard to be at a level to come in. I wouldn't want to point it to match fitness.