​Derby County have confirmed that they have granted permission for Frank Lampard to speak to Chelsea about their vacant manager role.

Lampard has long been the favourite to take over from Maurizio Sarri, who left to join Juventus, and it now appears that the Blues are closing in on their man

Derby County can confirm that they have granted permission for Chelsea to speak to Frank Lampard about the vacant managerial position at Stamford Bridge.

In a post on their ​official website, ​Derby wrote: "Derby County Football Club can confirm that they have granted permission for ​Chelsea Football Club to speak to Frank Lampard about the vacant managerial position at Stamford Bridge.

"With pre-season fast approaching for both clubs it is hoped this will allow Chelsea to swiftly conclude their discussions.

"The club will make no further comment until it is appropriate to do so." Lampard is expected to return to Stamford Bridge with his assistant Jody Morris, who enjoyed several successful years as part of the coaching staff at Chelsea's academy, and coach Chris Jones, who also spent time with the Blues in the past.

Chelsea's pre-season begins with a trip to Japan on July 19, and the Blues will be eager to have everything tied up by then, to allow Lampard plenty of time to work with his new squad. 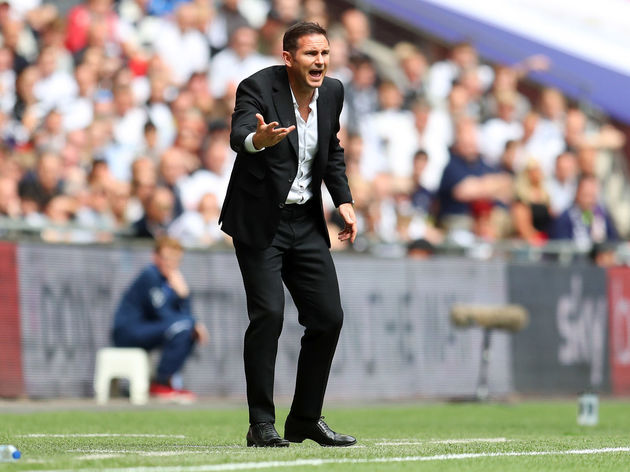 He will not have transfers to worry about, with the Blues set to serve a two-window transfer ban after breaking regulations in relation to the signings of international minors, so Lampard will likely be forced to look to the academy or to the vast number of players out on loan to bolster his squad.

Both he and Morris have extensive knowledge of the youngsters at Stamford Bridge, which is thought to be one of the most important factors in Chelsea's pursuit of the pair.