​Chelsea manager Frank Lampard has insisted that there isn't any one player who can replicate Eden Hazard's scoring record last season, stressing that it's the whole team's responsibility to share the burden in front of goal.

Hazard left Chelsea to link up with his idol Zinedine Zidane at Real Madrid, leaving Stamford Bridge following a 16-goal haul in the Premier League - double what their next top scorer Pedro managed during 2018/19.

The Blues have found the back of the net just once so far this season, but Lampard insists that he's not looking for one standout player to score the lion's share of Chelsea's goals as they look to pick up their first win of the season against Norwich. 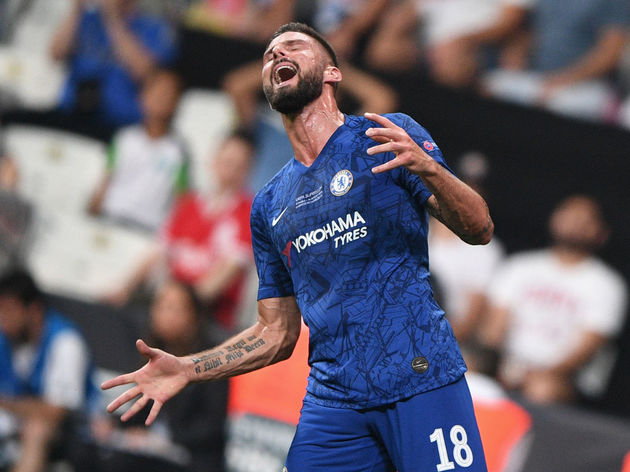 "Can we be more clinical up front and then the challenge is clear for the strikers and the attacking players.

"There is enough quality in this team to win games for sure without Eden. He’s not here now so it’s the end of that story."

Tammy Abraham and Olivier Giroud have shared the responsibility so far this season to lead the line under Lampard, but Belgium international Michy Batshuayi is also available for Chelsea this season.

Lampard has claimed that Batshuayi still needs to improve on his fitness if he wants to be considered for the first-team, but the 25-year-old has already shown at loan spells with Borussia Dortmund and Crystal Palace that he's got what it takes to succeed in west London.