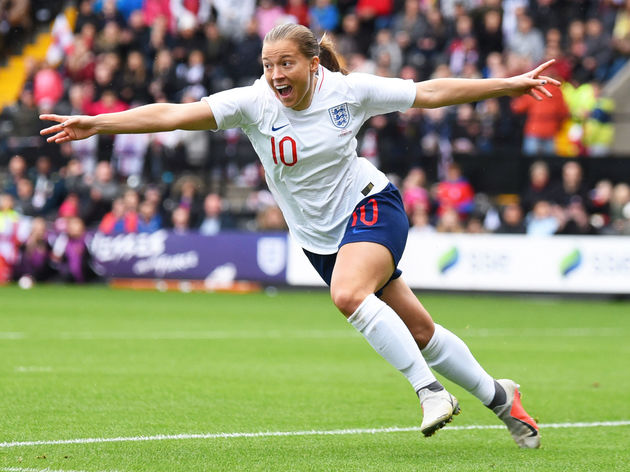 Phil Neville's side still have two friendly matches before attention switches to the World Cup this summer, but

"As the women's game improves and progresses, then they're the conversations we can start to have. The [

"We need to win the World Cup to have a leg to stand on in those situations, but if we keep selling out stadiums like we are, improving the game on and off the pitch, those arguments can start to creep in."

Kirby broke through with her hometown side Reading before being snapped up by Chelsea five years ago, earning her first senior call up with England around the same time.

She's gone on to establish herself as one of the standout players for club and country since moving to west London, being named as the PFA Women's Players' Player of the Year and