Exclusive: Billy Gilmour on Why Its Like Playing With Your Friends at Chelsea

The 18-year-old is one of a number of Blues starlets to have been provided a path to first team football in the early stages of this campaign under Frank Lampard's tutelage.

Tammy Abraham, Mason Mount and Fikayo Tomori have all nailed down starting places in Lampard's first-choice eleven, while Callum Hudson-Odoi and Reece James have returned from injury and are already staking claims of their own. "We go down to train most days to hopefully get an opportunity and when the opportunity comes he [Frank Lampard] has faith in us to go and perform."

Gilmour made his ​Premier League bow late on in the 2-2 draw with Sheffield United at Stamford Bridge in August, before seizing his biggest opportunity, playing the full 90 minutes as he bossed the midfield in the 7-1 win over Grimsby Town in the Carabao Cup. He also featured for 70 minutes against Manchester United in the fourth round. 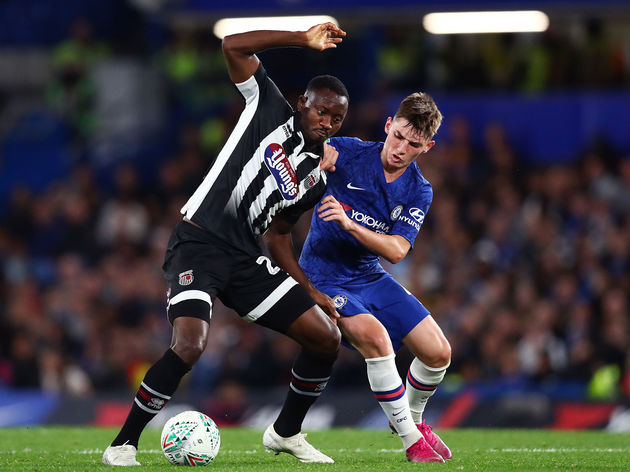 "I’ve made my Premier League debut, which was a big moment, and then also in the Carabao Cup to start from the beginning and play the full game was very exciting for me. But the amount of young players in the team is dead promising. "I wasn’t bricking it, I was excited, but obviously had the nerves," he said.

Lampard himself has said the Scotland Under-21 international has "lit up" training. "He’s like an old-fashioned midfield player. I know modern midfield players do it, he’s constantly making angles, berating people even though he’s a young boy, personality in the way he plays, never scared to receive the ball. He’s got a really big chance."

Meanwhile, Gilmour's actual mates are following different paths, with others still in education and some playing north of the border.

"We came up the exact same way and we just went different pathways, he’s gone to United and I’ve come down to London to play for Chelsea. I still speak to him about it and laugh about it. 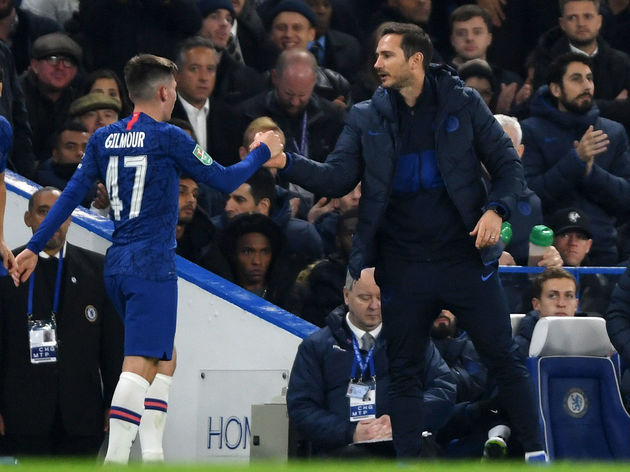 "But nah, it’s good when they come down, puts a smile on my face, something different to do instead of sitting in and playing FIFA. It’s not a bad life."

Chelsea face Ajax at Stamford Bridge on Tuesday night in the Champions League, and Gilmour will be hopeful of getting more minutes under his belt.