​Everton have opened talks with Chelsea to discuss the potential of securing a permanent deal for Kurt Zouma, following the French defender's successful loan spell at Goodison Park.

Zouma joined Everton on loan last August and went on to become a regular in the starting XI for the Toffees, making 36 appearances in all competitions, forming a solid partnership alongside the much-improved Michael Keane. 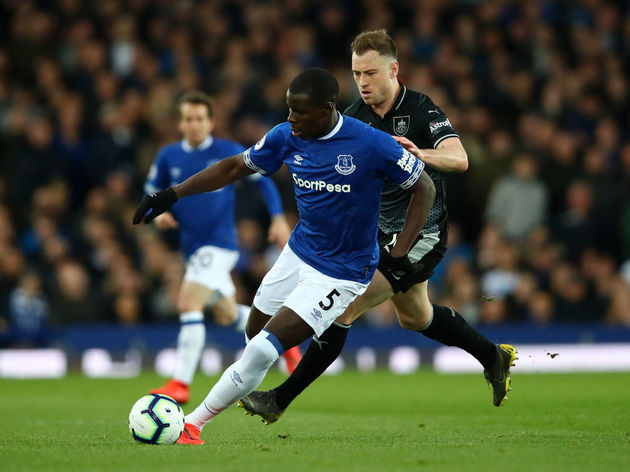 ​Everton already look ​set to confirm the permanent signing of Andre Gomes after his Barcelona loan spell, and now, according to ​The Telegraph, Zouma is the next player on their agenda.

Securing a deal for Zouma will not be straightforward as ​Chelsea's impending transfer ban could encourage the Blues to hang on to the 24-year-old.

Zouma certainly made an impact during his time on Merseyside, with Phil Jagielka previously waxing lyrical about the defender back in April.

He's been brilliant,” Jagielka told the Liverpool Echo.“He's come and wanted to play more games. He had a bad injury a few years ago and so for his own career and development that's what he wants.

“He's been brilliant, and the situation with Chelsea will probably play some part with where he is next season but we'll have to wait and go from there.” The report concludes that Everton will be looking to add at least two more players to their current squad, having already secured the signing of Jonas Lossl from Huddersfield on a free transfer.