Dynamo Kiev will host Chelsea in the second leg of their round of 16 Europa League tie on Thursday night.

Kiev lost the first leg at Stamford Bridge 3-0 after Pedro, Willian, and Callum Hudson-Odoi all got on the scoresheet for the Blues. The Ukrainian side have a lot to do in this matchup if they are to move onto just the fourth Europa League quarter-finals in their history.

Here is 90min's preview of the match at the Kiev Olympic Stadium on Thursday night.

Chelseawill have almost a full squad available for the match in Kiev, with just Marco van Ginkel sidelined with an injury for the Blues. The Belgian midfielder has been out with a knee injury and has yet to feature for the club this season. 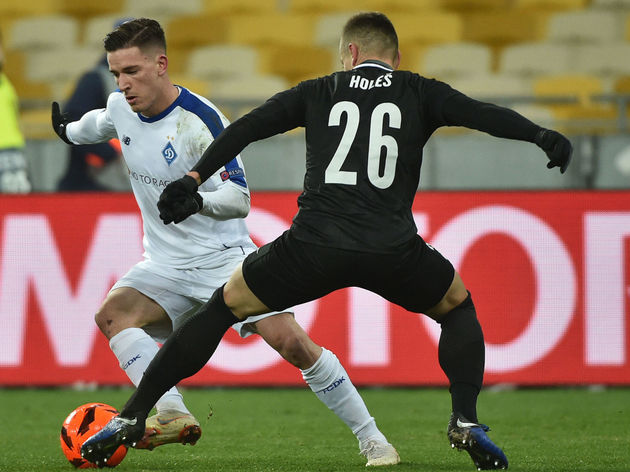 With a 3-0 lead following the first leg, Maurizio Sarri will have the opportunity to rotate some players that have been on the fringes lately, with Emerson Palmieri, Ruben Loftus-Cheek and Callum Hudson-Odoi all seemingly set to start

Dynamo Kiev will be without Spanish forward Fran Sol as he continues to recover from a shoulder injury. Kiev will receive a boost with top scorer Benjamin Verbic set to return from a suspension that kept him out of the first leg. 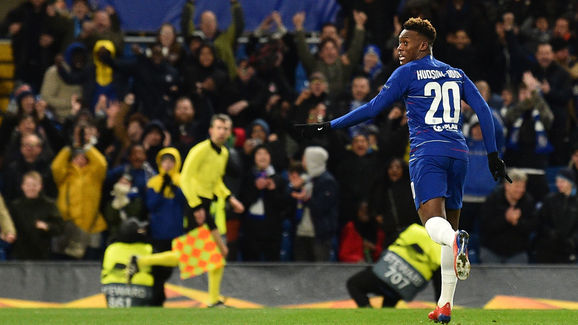 The two sides are relatively unfamiliar with one another despite being regulars in most European competitions. Before this season, the teams had only faced off twice previously in the 2015/16 Champions Leaguegroup stages. Chelsea have won two of the three matchups with Kiev.

However, Chelsea have been beaten in Ukraine in the past, losing to Shakhtar Donetsk 2-1 in 2012.

Dynamo Kiev have been commanding the Ukrainian Premier League this season, but sit in second place behind Donetsk in the table. Their last five matches have seen the club lose just once - to Chelsea in the first leg of the fixture - but their other matches have been won by a combined score of 12-1. Here's how each team has performed in their last five fixtures.

Chelsea will certainly rest some key players for the match in Kiev as they continue to fight for a top four spot in the Premier League. The Blues must not overlook the Europa League as an opportunity to qualify for the Champions League and will be keen on competing deep into the competition.

Kiev will do their best to slow down the Chelsea attacking force and counter when the opportunity to do so presents itself. If Kiev can grab an early goal it will put pressure on the Blues for the rest of the match, and they might just be able to spring an upset.