​Chelsea defender David Luiz has hinted that he will sign a new contract to remain at Stamford Bridge next season, confirming an announcement will be made in the very near future.

The 32-year-old's current deal is set to expire at the end of the season and, with Chelsea set to suffer through their two-window transfer ban after ​FIFA rejected their appeal, there had been doubts over who would feature for the Blues next season. 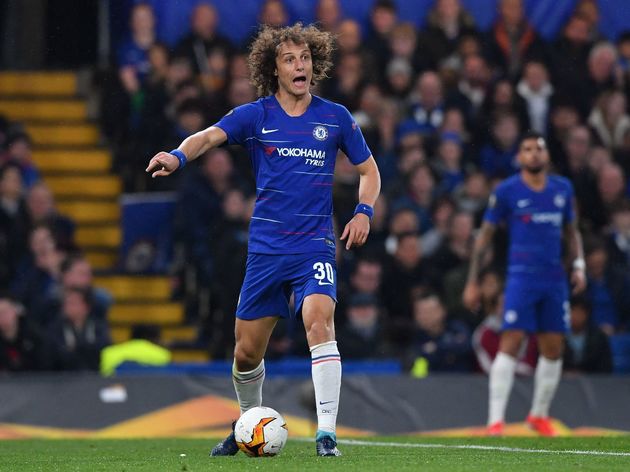 However, speaking to reporters (via ​The Sun) after ​Chelsea's victory over Eintracht Frankfurt on Thursday, ​Luiz revealed that an announcement will soon be made.

He said: "Soon everybody is going to know. It will be before the Europa League Final – in five days. I love this club. My great moments in football were here, especially the European titles – the ​Champions League and Europa League.

"My relation with the fans has always been great since the first day I played here. I just try to do my best and make them happy. Nobody wants to play in an empty stadium, when you have an opportunity to understand that we play for them."

The Sun add that Luiz's deal will likely be a one-year extension, in accordance with Chelsea's policy towards players over 30 years old.

Luiz has been discussing a new contract with Chelsea for several weeks, and is said to have grinned when asked how the negotiations were going.

“I live in this club so I can come here every single day," the Brazilian added.

The 32-year-old has been a vital part of Maurizio Sarri's side this season, making 48 appearances in all competitions. He has regularly lined up alongside ​Antonio Rudiger, but has recently linked up with Andreas Christensen following the German's season-ending injury.

We're all level after four each.

He switched off to allow Luka Jovic to net an equaliser shortly after half-time, but went on to make a stunning goal-line clearance, before netting a vital penalty which kept Chelsea in the shootout, which they ultimately went on to win.

Luiz added: “My penalty was not easy because if I missed it, we were out. I was just trying to do what I do in training every single day.

"I missed my last penalty for Chelsea in the EFL Cup Final against ​Manchester City and it was not a great feeling. I was happy this time because I scored.”