​Chelsea goalkeeper Willy Caballero has praised his manager Frank Lampard as the Blues boss attempts to map out his plans for the season. With the Europa League winners finishing their pre-season tour in Dublin on Saturday afternoon, the backup goalkeeper has outlined how impressed he has been by the positive impact Lampard has made on the squad.

"It's been superb with Frank so far," he told ​Chelsea's official website. "The way he spoke to us on the first day was amazing and he's been great so far. 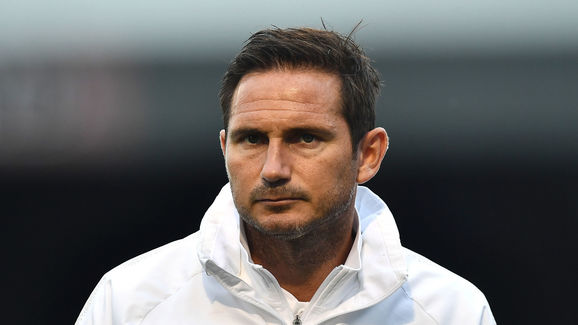 Lampard is preparing to embark on his first season in charge at Stamford Bridge following a long career mostly spent in the heart of Chelsea's midfield, where he became the club's all-time leading goalscorer. During his twilight years, as Caballero remembers, he spent a season at Manchester City in the summer of 2014.

"I played with Frank for a season at Man City and even then you could see that he had those leadership skills in his character," Caballero said. "During my time at City, I often spoke with Pablo Zabaleta and we would say that English teams needed big players who have won a lot of things in their career to become coaches here. So I think it's fantastic that Lampard is now our head coach, it's fantastic for him and also for Chelsea." Caballero was involved in one of the most controversial moments of Lampard's predecessor Maurizio Sarri's short-lived Chelsea career, when Kepa Arrizabalaga refused to be substituted at the climax of the League Cup final against Manchester City.

But it appears the goalkeeping unit at Chelsea has not suffered any breakdown in a relationship. "It's been great working alongside [Henrique] Hilario [Lampard's new goalkeeping coach] and we've been training really hard," Caballero continued. "We have th