Talks between Chelsea and Willian over a new contract appear to have stalled, with the Blues unprepared to meet the Brazilian's demands.

Willian has just 12 months left to run on his contract and was recently the subject of two £35m bids from Atletico Madrid and Barcelona. Chelsea swiftly rejected the offers, but his future is still far from clear. 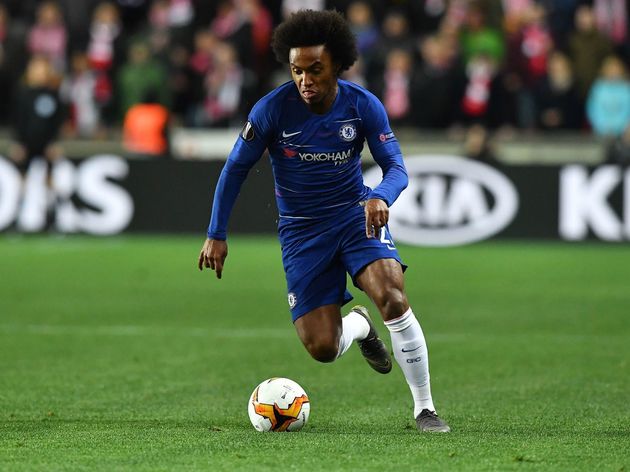 According to the ​Evening Standard, ​​Willian is pushing for a new two-year deal, similar to that offered to ​David Luiz in May. However, ​Chelsea are determined to stick to their policy of only offering players over 30 a one-year extension.

Luiz's situation was a special exception, as the centre-back was weeks away from leaving the club for free after his previous deal was set to expire.

Chelsea are only prepared to offer Willian an extra year, but it is suggested that the pressure of their impending transfer ban could soon force them to up their offer and reach a compromise with the winger. With ​Eden Hazard leaving to join ​Real Madrid, Chelsea are eager to rely on Willian for the upcoming season, given they are unable to sign a replacement for Hazard during the next two transfer windows.

Christian Pulisic is set to join the club this summer, joining Willian, ​Pedro and Callum Hudson-Odoi as the Blues' senior wingers for the next campaign.

Chelsea are prepared to risk losing Willian for free at the end of next season, but they believe that they will soon be able to strike an agreement over a new contract, which would put talk of a potential switch to ​Atletico or ​Barcelona to bed.

Last season, the 30-year-old racked up eight goals and 14 assists in all competitions, establishing himself as one of Maurizio Sarri's most trustworthy players. However, with the Italian now gone, it remains to be seen what Chelsea's plans will be for Willian.