​Chelsea are reported to be steadfast in their desire to hold onto midfielder Jorginho this summer, despite strong speculation that he could follow Maurizio Sarri back to Italy.

The 27-year-old moved to Stamford Bridge alongside Sarri 12 months ago, and was a central part of what was ultimately a successful campaign - as the Blues finished third in the Premier League and rounded things off by winning the Europa League last month.

Given his integral role in 'Sarriball', however, having played as the Italian's main holding midfielder throughout his tenure at both Napoli and ​Chelsea, many assumed that their close relationship could come into effect once again, and keep the show on the road for a fifth straight season.

The ​Evening Standard, however, have moved to put that fire out, as they report that the west Londoners have no plans to allow the midfielder to leave - for Juventus or anywhere else.

Despite his status as a 'Sarri player', he is seen as an important player going forward, especially with the prospect of a transfer ban looming menacingly over the club.

The newspaper claims they have 'no desire' to sell him to anyone, although it should be noted that the situation could change under any new manager.

This is all despite Jorginho's agent, Joao Santos, stirring the pot over a potential move away. ​Earlier this week, he said: 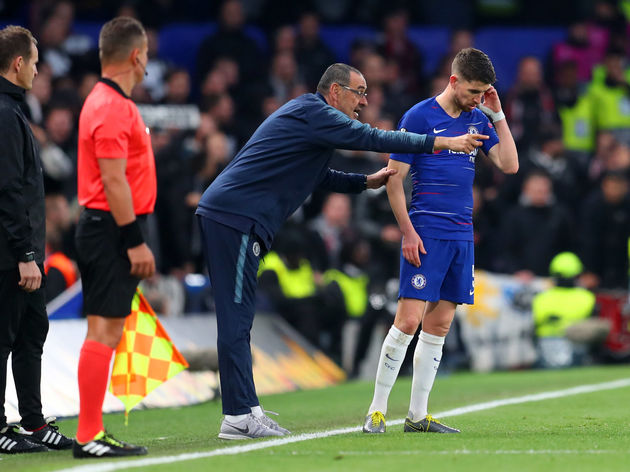 “His past at Napoli won’t be an issue, because Jorginho is a professional. Right now, Jorginho is happy at Chelsea. He found a great atmosphere and we can’t really say that he’d like to go elsewhere, but anything can happen on the transfer market. We’ll wait and see…”

Meanwhile, amid a period of uncertainty almost unheard of even in the often turbulent environment at Stamford Bridge, it seems Frank Lampard is close to taking over as manager, as ​recent reports claim the Blues legend has ​agreed on a three-year deal to take charge.