You might've heard of this fella who lit up Serie A this season before Covid-19 came in all pandemic-y and messed everything up.

You might've heard of this fella who sat down the greatest Italian goalkeeper of all time at the Allianz Stadium or seen him pop up on your Twitter timeline cutting in from the left flank before unleashing a rocket into the far corner. The Chelsea academy product is a rare breed in that he's one of the very few to come out of Cobham who hasn't reached double-digit loan spells.

The 23-year-old endured just three seasons out on temporary deals before being sold to Sassuolo in the summer of 2018 for a £3.5m fee. Those spells, particularly at Granada and Birmingham, did very little to enhance his development, with those relegation-threatened sides proving a difficult environment for the maverick Boga to thrive.

But under the promising Roberto De Zerbi at Sassuolo, Boga has continued to show why he was once regarded asthe most talented in one of the finest youth sides we've ever seen at Chelsea.

The winger has almost doubled his senior goals tally this season (eight), with five of his strikes being almost identical. His trademark move is an explosive jink inside before an emphatic finish into the far corner with a curling effort. Some have been a little bit more special than others, however.

Take his strike against Fiorentina, for example, where he beat both Nikola Milenkovic and Erick Pulgar with a sharp inward movement before firing past a helpless Despite being somewhat predictable in possession, the 23-year-old's remarkable ability one-v-one is what allows him to create such opportunities.

In a league blessed with some of Europe's finest ball-manipulators, Boga stands alone at the very top. His ​167 dribble attempts in Serie A

Speaking about his exceptional ability in these situations to James Horncastle of The Athletic, Boga explained:

Despite all the megs and the jinks inside, the one moment which led to the wider football world taking notice of Boga's talent came in the 2-2 draw away at Juventus

It was a watershed moment in a breakthrough campaign for the mightily talented Ivory Coast international and fortunately for Chelsea, a £13m buy-back clause was inserted into Boga's contract when he departed for Italy. And despite there being no concrete interest by the Blues as of yet to activate the clause, they'd be silly not to - with Boga himself refusing to rule out a return to Stamford Bridge.

Chelsea's interest in teenage sensation Jadon Sancho is not unknown, and a potential move for Boga wouldn't necessarily rule out a deal for the Dortmund

With Ziyech favouring an inverted role from the right flank, the potential addition of Boga would see the former Cobham star challenge the likes of Christian Pulisic and Callum Hudson-Odoi for a starting berth down the left.

The former France youth international has shown this season he's capable of plying his trade at the top level, but Chelsea's priority has to be their starboy - the aforementioned Hudson-Odoi.

The teenager has been touted as generational, with his incredible skillset arguably leaving him with a similar ceiling to Sancho - hard to fathom, I know, but this kid is majestic. An intelligent player who often positions himself between the lines, the 19-year-old was struck a potentially career-damaging Achilles injury at the worst possible time last season - just as he was becoming a prominent member in Maurizio Sarri's side.

Nevertheless, in his relatively small sample size at the highest level, Hudson-Odoi has already shown why he's worth sticking with amid a rather difficult spell since his return from injury. Technically supreme with sophisticated dribbling and passing abilities, the winger has already mastered the art of creating separation between himself and an opponent in a one-v-one situation, while his close control and variation makes him an unpredictable proposition for defenders.

Although there are concerns about his goalscoring prowess - he has eight goals in over 50 appearances - the England international's phenomenal technique and work ethic should see his goal tally surge in his early twenties. 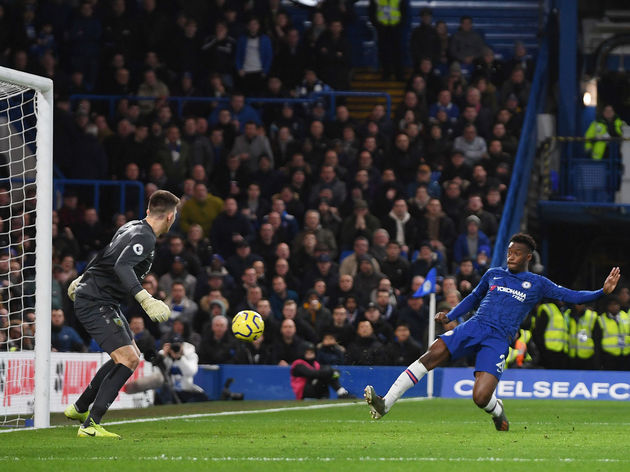 So, with Boga showing signs of fulfilling the talent he showed off during his Cobham days as a teen, Chelsea