​Chelsea have turned down £35m bids for winger Willian from both Atletico Madrid and Barcelona.

The Brazilian is seemingly linked with a big-money move away from Stamford Bridge each transfer window, but the Blues have never been keen to sell.

That trend appears set to continue, as ​Sky Sports state that ​Chelsea remain keen to keep ​Willian around for next season, so rejecting the bids was not a tough decision.

​Barcelona offered closer to £55m last summer, but Chelsea stood firm and rebuffed all their advances. They see Willian as a key player, and that importance to the team has only grown following ​Eden Hazard's move to ​Real Madrid.

With Chelsea unable to sign players this summer as a result of their transfer ban, selling Willian has become even less appealing to club officials. If he was sold, that would leave Chelsea with just ​Pedro, Christian Pulisic and an injured Callum Hudson-Odoi as their only senior wingers. 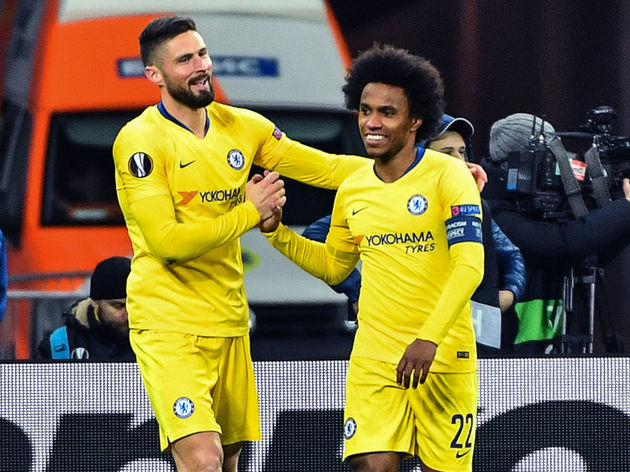 The Blues are prepared to risk losing Willian for free when his contract expires next summer, but they remain hopeful of agreeing a new two-year deal in the near future to put an end to all the speculation.

Since arriving at Chelsea for £30m in the summer of 2013, Willian has managed 52 goals and 53 assists in 292 appearances, often leaving fans wanting more from such an integral part of their starting lineup.

Barcelona have long been keen to add versatile forwards such as Willian, and their determination to sign him suggests that he must be near the top of their wish list. He is comfortable operating on either wing, whilst he also has the work rate to be a success centrally. As for ​Atletico, they are also on the lookout for attacking reinforcements. With Antoine Griezmann set to leave the club this summer, Los Rojiblancos will need some more firepower going forward, and seemingly see Willian as part of their solution.

There is no indication as to whether either side will return with an improved offer for Willian, but Chelsea have shown no signs of wanting to part ways with the winger, so it would likely take a hugely inflated bid to get him.