​Chelsea have offered an update on Ruben Loftus-Cheek after he sustained an injury in a charity match against New England Revolution on Wednesday, with the England international now set for surgery.

Loftus-Cheek was representing the Blues in their pre-arranged game with the MLS outfit entitled 'final whistle on hate', in an effort to combat the recurring discrimination in football.

However, the event was tarnished when Loftus-Cheek went down clutching his ankle in the 69th minute, after catching his foot in the uneven surface of the pitch.

We're all with you, @rubey_lcheek.

And, as revealed by the club in an ​official statement, the player will now undergo surgery, after it was discovered he had ruptured his Achilles' tendon. The statement explained: "Ruben Loftus-Cheek has seen a specialist today (Thursday) and will have surgery on his ruptured Achilles’ tendon this evening.

"The Chelsea midfielder left the pitch during the second half of yesterday’s game in Boston, USA."

As of yet, it is unknown how long the 23-year-old will be absent for, but initial ​reports had claimed it could be up to a year until he is seen playing in a Chelsea shirt once more. The disparaging news comes just three weeks after fellow academy graduate Callum Hudson-Odoi suffered the same injury against Burnley in the Premier League. 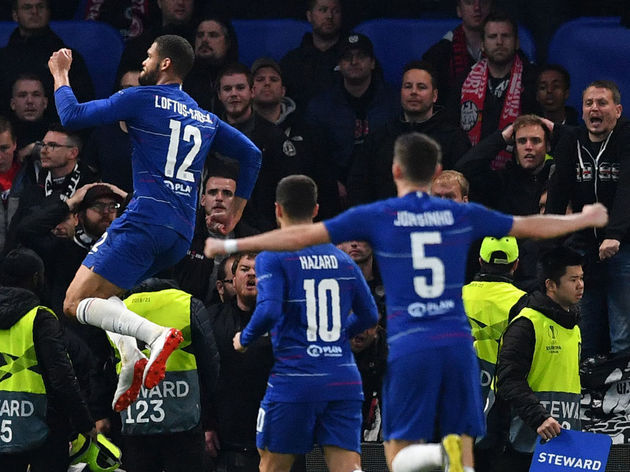 Both players have enjoyed breakout seasons at Stamford Bridge, with ​Loftus-Cheek netting a record 10 goals across competitions, while also providing a handy five assists.

This leaves Maurizio Sarri with more than a few pressing personnel concerns, with ​N'Golo Kante only just returning to training following his spell out and standout centre back Antonio Rudiger ruled out following his knee injury sustained against Manchester United.