​Chelsea have completed their first signing after their transfer ban by bringing in 16-year-old Norwegian forward Bryan Fiabema from Tromsø.

The Blues were unable to sign any new players during the summer after being hit with a two-window transfer ban, but they successfully managed to appeal the ruling towards the end of 2019, which saw their ban reduced to just the summer window.

As confirmed by @arilasos, Bryan Fiabema has signed a three and a half year deal with Chelsea, and it's now just a case of when the club chooses to announce it. The Norwegian forward will initially join up with the #CFCU18 squad. pic.twitter.com/XgiY6mlbbu

They have been linked with plenty of high-profile names as they looked to return to the transfer market, but ​VG have confirmed that ​Chelsea's first signing is actually 16-year-old Fiabema, who has agreed to sign a three-and-a-half year contract when he turns 17 in February.

Fiabema had been on trial at Chelsea alongside another Norwegian, Grorud midfielder Christos Zafeiris, and clearly did enough to convince the Blues to bring him over to Stamford Bridge on a permanent basis.

The deal is understood to have cost Chelsea less than £900,000, but Tromsø have also negotiated themselves a percentage of any future transfer fee if Chelsea decide to part ways with Fiabema in the future. 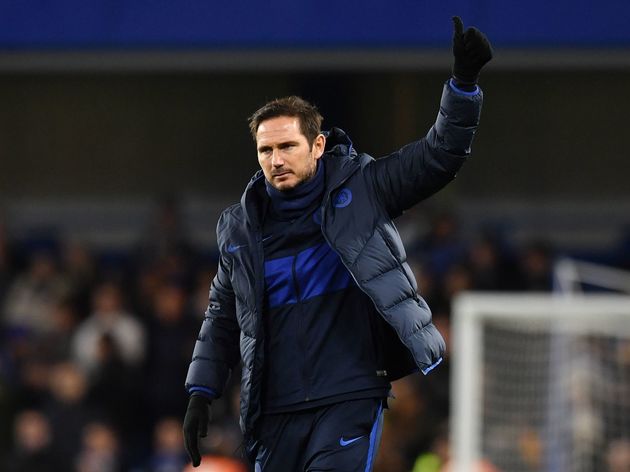 The striker was present at Stamford Bridge to watch Chelsea's 3-0 win over ​Burnley, and he was also permitted to enter the dressing room to meet the players and manager Frank Lampard.

The Blues have clearly stepped up their scouting game in Norway in recent months. Alongside Fiabema and Zafeiris, ​Romerikes Blad have confirmed that Chelsea are also looking at Lillestrøm left-back Josef Baccay, and there is a belief that the 18-year-old could soon be on his way to Stamford Bridge as well.

Fiabema is expected to initially join up with Chelsea's Under-18 setup, but he could also be fast-tracked to the Under-23s if he impresses.

Alongside preparing for the future, Chelsea have also been looking to bolster their current first-team squad, with the likes of Timo Werner, Moussa Dembélé and Jadon Sancho all understood to be in the Blues' sights.