​Chelsea have made a late approach for experienced Napoli attacker Dries Mertens as they look to bolster their attack ahead of Friday's deadline.

The 32-year-old has struggled for his best form in what has been a turbulent season for Napoli this season, starting just 10 times and scoring four goals in Serie A, amid off-field turmoil.

In the Champions League, however, the Belgian has been in scintillating form, netting five and assisting once in just six appearances. Mertens is out of contract in the summer and according to Sky Sport Italia, contact is already underway between Chelsea and Napoli to reach a 'final agreement' over a compensation fee which would allow him to arrive Stamford Bridge before the January deadline on Friday evening.

It is said that Chelsea are willing to pay €6-7m (£5-6m) for the forward but it remains unclear whether or not ​Napoli would accept that fee.

The report claims that Napoli would prefer to sell Mertens but keep him on loan until June - an option rejected by the Blues.

Chelsea are keen on adding to their forward line now, with ​the injured Tammy Abraham their only player to reach double figures in 2019/20, and veteran attacker Olivier Giroud expected to leave the club in this window. 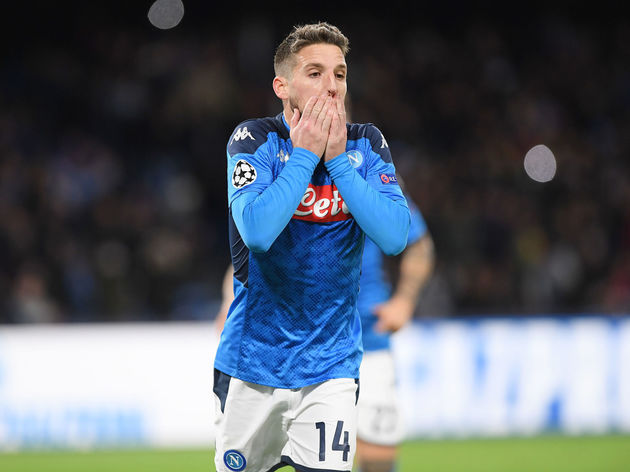 ​As revealed by 90min on Tuesday, Giroud has become a late target for Tottenham, while Sky Italia claim that the Frenchman's move could have a 'domino effect' as Chelsea look to secure a replacement.

Scoring 88 goals in 219 appearances for Napoli, and a further 82 in 204 games spread across spells with a trio of Dutch sides, Belgium international Mertens has become known as a prolific attacker around Europe.

If he were to make the move to the English capital before Friday's deadline, Mertens may even be thrown in at the deep end on Saturday as Frank Lampard's Chelsea take on Leicester at the King Power Stadium, in the race for the top four.