​Chelsea have made a surprise 18-month loan offer to Benfica for Gedson Fernandes with an obligation to purchase the midfielder for £55m, according to one source.

The Portuguese has been a star performer in Primeira Liga since breaking into the first-team fold last season, attracting the attention of a host of European sides with some glittering performances, though he has struggled for game time over the last few months.

Chelsea have made an offer, initial loan with obligation to buy, to Benfica for midfielder Gedson Fernandes. West Ham made an offer for the Portugal international earlier this week

West Ham have been heavily linked with the 20-year-old this window, with an initial loan move being lined up by the Premier League club as they sought to secure the highly-rated talent. Fernandes boasts versatility, with the starlet more than capable of operating as a number ten, in central midfield or in a wide role.

As reported by ​Sky Sports, Chelsea have stolen a march on their rivals in spectacular fashion, making a bid for the midfielder despite the interest of the aforementioned mentioned clubs dominating the headlines over recent weeks.

The supposed interest from the ​Blues is the most concrete yet, and recent reports had suggested that Fernandes favoured a move to London ahead of the other interested parties due to the fact he has family in the city.

Despite being courted by sides across the continent, 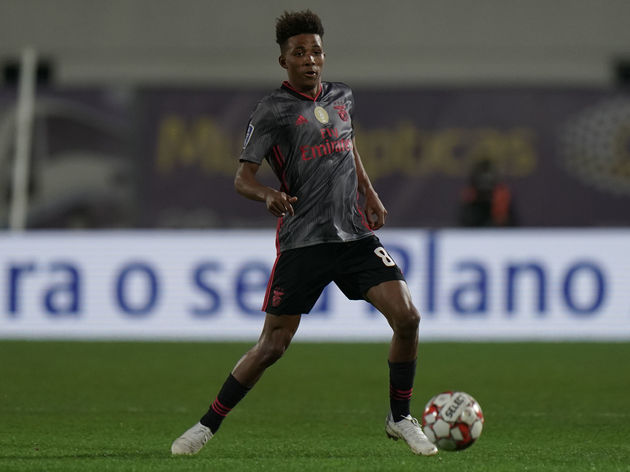 Given the plethora of midfield options at Lampard's disposal, it would be an odd decision on Chelsea's behalf. Instead, what is more likely is that Fernandes is being watched by the club due to his potential and the fact that he poses a risk-free option on loan.