​new ‘frontrunners’ to sign Leicester left-back Ben Chilwell and have been tipped to make a January approach for the England international - if their current transfer ban is cut short on appeal.

FIFA sanctions meant that Chelsea were prevented from registering new players during the summer transfer window and remain banned from doing so until the end of the season. But the club has been fighting the embargo and there is still a chance it could be lifted early.

The transfer ban has ensured that players like Tammy Abraham, Mason Mount and Fikayo Tomori have been given a chance to shine, with all three called up by England this season. Chelsea, though, are still expected to dip into the transfer market at the first opportunity to strengthen.

A Daily Mail report describes Chilwell as a ‘key target’ for the club as soon as they are able to buy players again. That points to a potential approach as early as January if the chance is there.

Manchester United are also heavily linked with the 22-year-old as they look to target a number of developing English stars, including Chilwell’s Leicester teammate James Maddison, as well as West Ham midfielder Declan Rice and Borussia Dortmund winger Jadon Sancho. 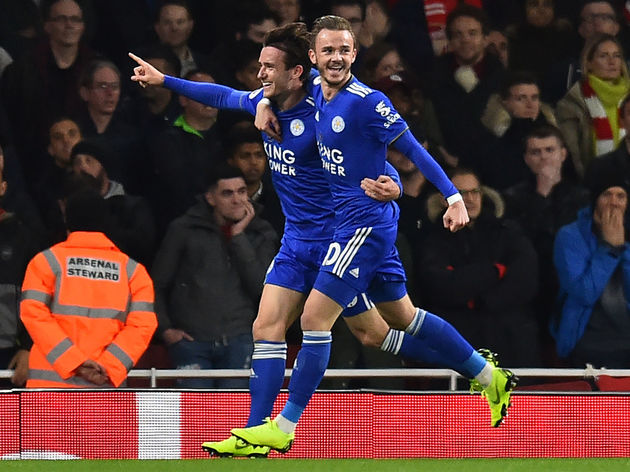 Chelsea’s reported interest in Chilwell has emerged in the same week that current premier left-back Emerson Palmieri has been linked with a mid-season move to Juventus, where the Italy international would reunite with former Chelsea boss Maurizio Sarri.

Prior to being hit by injury, Emerson had started each of Chelsea’s first four Premier League games of the season, keeping Marcos Alonso on the bench. But Alonso has come into the side since and has actually contributed two assists in his last four league appearances.