​Chelsea are fearful that Antonio Rudiger will be unavailable for selection at the start of the 2019/20 season, due to the knee injury he sustained back in April.

Rudiger was forced to undergo surgery on his left knee meniscus after being taken off early during Cheslea's 1-1 draw against Manchester United, which ruled him out for the final month of the campaign just gone - including the Europa League final victory against Arsenal. 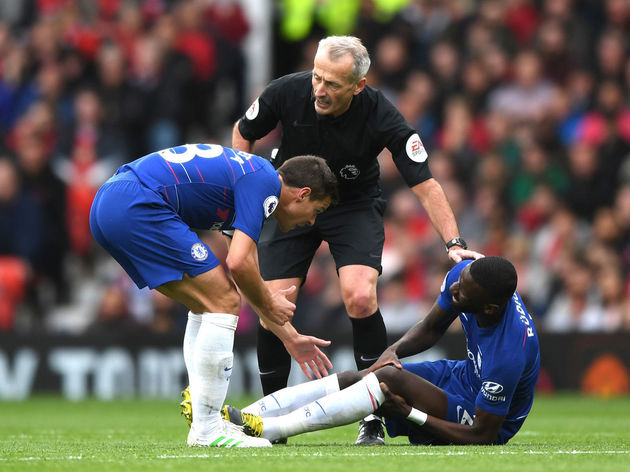 According to ​The Telegraph, ​Rudiger is not expected to recover any time soon and will not be available for ​Chelsea's opening Premier League game of the season against Manchester United on August 11.

The German centre-back has not suffered a setback in his rehabilitation from the injury and is said to be recovering well, but he does not wish to rush back ahead of schedule in fear of injuring himself again.

He did just that against United, as he returned from injury early to face the Red Devils, only for the decision to dramatically backfire.

What a pity I won't be able to help my team during the last games of the season. But my knee surgery went well and I'm already positive again  Thanks for all your messages and comments. And special thanks to the efforts of Professor Mariani and his team! #AlwaysBelieve #Hustle pic.twitter.com/UiKvozndUw

Rudiger joins Ruben Loftus-Cheek, Callum Hudson-Odoi and Reece James, who are all set to miss the start of the season through injury.

The 26-year-old has suffered knee injuries in the past, notably rupturing his cruciate ligament with Roma in 2016, which ruled him out for four months.

Grazie Mister Sarri. You have taught me a lot & you've made me a better player. Thanks for this! Wishing you all the best and success for the future.  #Hustle #AlwaysBelieve @ChelseaFC pic.twitter.com/t1FC0nBvIc

Speaking to Chelsea's website at the end of the season, Rudiger insisted that he would fight to get fit over the summer, saying (via ​The Metro): "

"It’s not my first operation, I’m experienced in this...there’s never a good time for an injury, but this time I’m very happy so I can be fit for the new season."