Following Chelsea’s disappointing 2-2 draw against Arsenal at Stamford Bridge last Tuesday (a game which saw the Gunners score twice with just two shots), Chelsea fans are starting to lose their patience with the team’s first-choice keeper. That’s if that haven’t already given up on the Spaniard.

This season, Kepa's disappointing performances haven’t been hard to come by, with the 25-year-old recording the ​worst save percentage in the Premier League, saving just 53.6% of shots he has faced. The Blues have also conceded from 16% of shots faced in the league this season – the highest of any other side in the competition.

However - alarming stats aside - there is still a heap load of evidence which proves why ​Chelsea fans need to give the youngster more time, keeping that much-needed faith in their record signing. 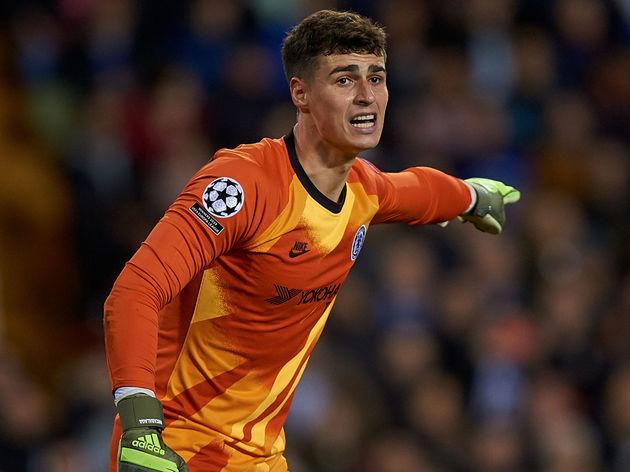 Speaking of young, Kepa is exactly that – young. Well, for a goalkeeper at least. In an extremely youthful side, he is in fact years ahead of some of the younger prospects – including the likes of both Callum Hudson-Odoi and Reece James – players excelling at the mere ages of 19 and 20. However, in goalkeeping terms, Kepa still has years to improve and become on the best in the business.

Let’s take ​David de Gea for instance. Another Spanish keeper who struggled when he was first introduced to England’s top tier. Yet, he has now become one of the greatest stoppers to ever feature in the Premier League.

Not only is Kepa young, but he is currently experiencing an enormous amount of pressure from his teammates, manager and fans - something that comes with the hefty £72m price tag, making him the most expensive goalkeeper in history.

When Thibaut Courtois left the Blues back in 2018, they needed someone to replace the Belgian stopper, with Chelsea reaching deep into their pockets for Athletic Club's young and promising prospect. Yet, the reason why Chelsea were willing to spend so big was simply down to ​investment, hoping that he would take his place between the posts for many years to come. And that’s exactly why Chelsea supporters need to be patient – because he still has so much more to give and is yet to reach the prime of his career. 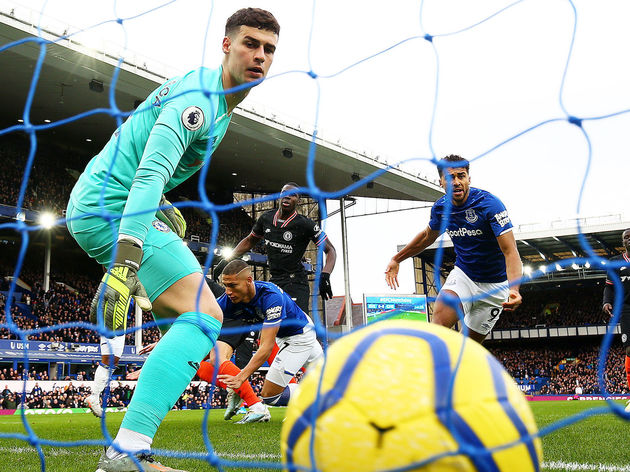 It’s also worth noting that Kepa isn’t the only reason why Chelsea have conceded so many goals this campaign, with Frank Lampard’s squad massively struggling in defence. The boss is yet to figure out his best starting backline, switching between the likes of Fikayo Tomori, Kurt Zouma, Antonio Rudiger and Andreas Christensen all in the centre of defence, failing to pick out his preferred partnership. Lampard is also struggling in wide areas, with both Cesar Azpilicueta and Emerson struggling to put in a good shift this campaign – and the lack of consistency has surely had a damaging impact on the young keeper.

This Chelsea side also lacks a true leader in defence which a young, upcoming goalkeeper needs – and their inability to defend set pieces proves just how much the Blues are struggling in this department.

There have already been talks about Lampard wanting to sign a new central defender or left-back – and these should be the positions at the top of Chelsea’s wish list, instead of bringing in a new keeper. It’s not just the defence where they’re struggling and the manager has made his intentions of signing a new backup striker and creative player crystal clear, with the West London side lacking that all-important killer instinct and finish. All in all, Kepa’s recent woeful performances haven’t been the sole reason for Chelsea’s inconsistent form – and the young squad is simply just a work in progress. 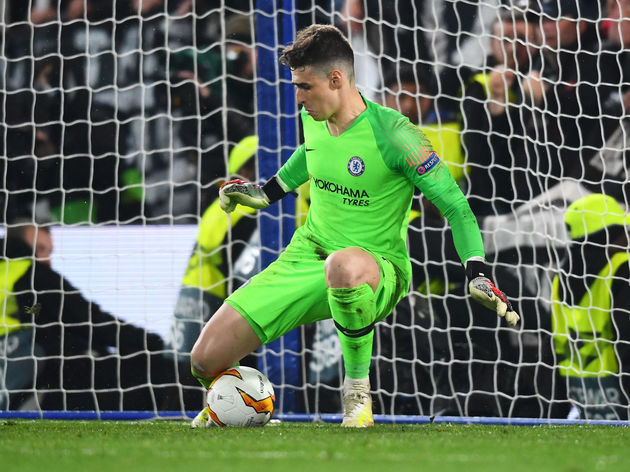 As the keeper is currently having such a tough spell, it can be easy to forget the times Kepa has saved Chelsea in the past. Who could forget that impressive ‘knee-save’ in the penalty shootout against Eintracht Frankfurt in the semi-final of the Europa League last season, securing Chelsea’s place in the final against ​Arsenal where they went on to win the competition?

Right now, the stopper needs the fans behind him more than ever. Lampard has already admitted to giving Kepa until the end of the season to prove himself in a Chelsea shirt – and the Blues supporters should at least do the same, in hope that he can turn his 2019/2020 campaign around.