Chelsea midfielder ​Mason Mount is a doubt for the Blues' clash with Crystal Palace, while he may also miss England's upcoming Euro 2020 qualifiers after limping out of Tuesday's Champions League draw with Ajax.

The 20-year-old has been in sensational form this season, bagging four goals and providing one assist from the opening 11 league games. As a result, he was handed his senior international debut by Gareth Southgate in September and has gone on to earn four caps for England up to this point. However, Mount was forced off after 60 minutes of Chelseas's astonishing 4-4 draw against Ajax, after suffering an ankle injury. And according to Simon Johnson of the Athletic, the Englishman is now a doubt for his club's tussle against Palace and international duty - although the attacking midfielder has maintained his place in Southgate's squad, called up for the Three Lion's final Euro 2020 qualifiers against Kosovo and Montenegro despite this knock.

Mount was forced off after only 16 minutes of the Blues' opening Champions League fixture against Valencia, after he was caught by a heavy tackle former ​Arsenal midfielder Liverpool 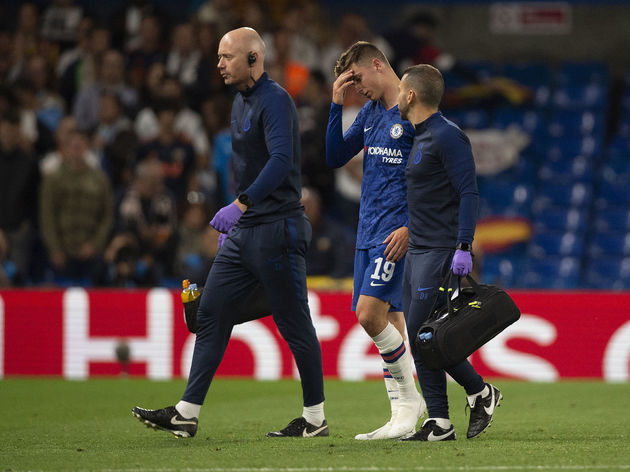