Chelsea Contract Review: When Every Player's Current Deal Is Due to Expire

​A new era is well and truly upon us at Chelsea. With Frank Lampard at the helm, young players have more chances than ever to impress, and that means senior players now have to work even harder to retain their place in the squad.

With so many exciting youngsters coming in, the squad no longer has the space for underperforming seniors, while even the vast loan army has been cut down in size. The Blues are getting things together.

Here's a full run-down of the contracts of every member of the first team, including those away on loan, and certain youngsters who have already made an impact on Lampard's squad. There are expected to be plenty of departures in the coming summer (or perhaps even earlier) as ​Chelsea look to clear out some of the unwanted, ageing talent.

Olivier Giroud and Pedro are both likely casualties, while doubts remain over whether Chelsea are prepared to commit to Willian and his wish to stay at Stamford Bridge for the rest of his career. 2021 looks set to be a quiet summer from an internal perspective, with just Michy Batshuayi and Victor Moses approaching the end of their contracts.

Both players have been linked with permanent exits from Stamford Bridge in both January and the summer, so it wouldn't even come as a surprise to see neither player actually reach the end of their Chelsea contract.​ Things start to get pretty busy again in 2022. Decisions will have to be made on ageing stars like César Azpilicueta and Antonio Rüdiger, who are both integral parts of the Blues' current first-team squad.

Youngsters Tammy Abraham and Reece James are both expected to ink new deals in the near future, but it is comforting to know that Chelsea have several years before they really need to start worrying about their future.

Perhaps most importantly, June 2022 will be the end of Danny Drinkwater​'s contract! With the Blues' hesitance to offer anything substantial to anyone over 30 years old, there will be plenty of speculation around the futures of both Jorginho and N'Golo Kanté by the time 2023 arrives.

Exciting youngsters Ethan Ampadu and Billy Gilmour are both predicted to be core parts of the Chelsea setup in the near future, but the same cannot be said of Marcos Alonso, Ross Barkley and Kurt Zouma, who are never far away from transfer rumours.​ 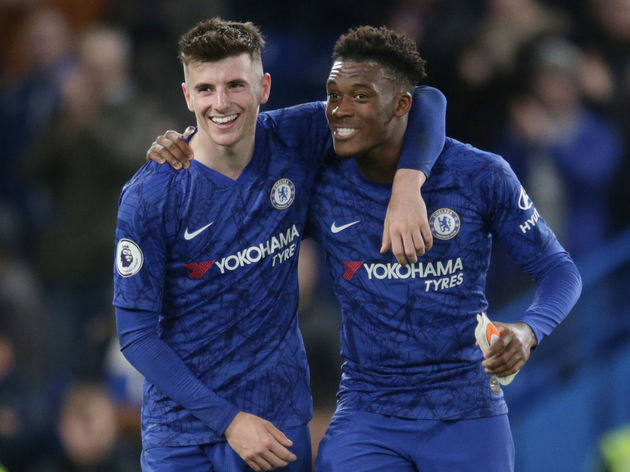 The vast majority of Chelsea's most exciting youngsters are all locked up until 2024, which is fantastic news for the Blues.

Ruben Loftus-Cheek, Fikayo Tomori, Mason Mount and Callum Hudson-Odoi have all pledged to grow at Stamford Bridge, as have recent arrivals Christian Pulisic and Mateo​ On his own at the end is the world's most expensive goalkeeper, Kepa Arrizabalaga. The Spaniard inked a mammoth seven-year deal when he joined back in 2018, with Chelsea clearly committed to him for the long run.​